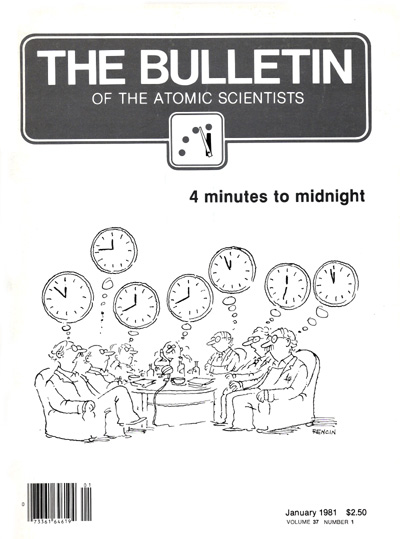 Written by the Fallout Marching Band.
Peggy Seeger has written a song with the same theme: Four-Minute Warning in 1980.

Four minutes to midnight is translated into Danish in the Ravnstrup Women's Peace Camp songbook and in Når uret bliver til ret bliver modstand en pligt, 1985. The translation is dated October 1984.

This isn't the way they said it would be
They said that the bomb was only keeping us free
Now that they are underground so they don't have to see
The eyes of the dying.

This isn't the way they said it would be
They promised that the bomb was only keeping us free
Now that they are underground so they don't have to see
The eyes of the dying.