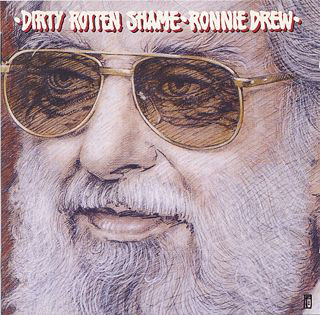 What happened when Shane MacGowan met Ronnie Drew back in the ’90s? Well, a few things happened, but here’s one thing ye might not know about. Let’s take a trip back through time, but not one that will bore you.

Back in the day, Ronnie Drew was makin’ a solo record called Dirty Rotten Shame. He was short of a few songs, so he contacted the ol’ legend himself, Shane MacGowan. Shane sent him a song he’d written, called The Dunes.

Like most of MacGowan’s work, it’s a beautiful piece of music, and it shines a light on the ugly side of life. On one of Ireland’s toughest times. The Famine of 1845-52.

The Great Hunger
I walked today on the cold grey shore
Where I watched when I was much younger
Where they built the dunes upon the sand
For the dead from The Great Hunger.

Those are the first lines Ronnie sings in the song. It sets the scene of the terrible famine of 1845 to 1852, caused by a potato blight. The Irish, especially the working class, were heavily dependent on the potato, often eating 5 kilos a day. So the Famine struck right at the heart of their livelihood.

Ultimately, a quarter of Ireland’s population was either wiped out, or left to find a home elsewhere. This is what Shane writes and Ronnie sings about in the song, almost like they were there. More to the point, Shane was, when he was 18 or 19. “I was up near Louisburgh in Co. Mayo, and I heard the story about people burying their dead on the beach, during the Famine times,” the singer said once. “The place was eerie, all these bones lying about. I’ll never forget it.”

And Shane didn’t forget. Just listen to the line, “the children kicked the sand about, and the bones they are revealed, then”, and there’s your proof.

Shane at his best
Despite being about such a grim topic, The Dunes showcases MacGowan at his finest. While it’s hard to pick out the best lines Shane’s ever written, I particularly like the penultimate verse, which goes like this:

A crack of lightning split the sky
The rain on the dunes, it poured
I left them lying where I shot them down
The bailiff and the landlord
Then I went for a drink in Westport.

He’s had his problems, but Shane is a fucking genius. And the “Westport” line is the only moment of hope in the song. The only moment where the narrator seems to hint at a normal life, like going for a drink in the pub. Sadly, it’s also a strong reminder of the part of Ireland that was hit the hardest by the great hunger.

It was the West, and the South, that copped the worst of it. Many of those who died were Catholics, as referenced by the “rosary” line earlier in the song. And one of the truly tragic factors about it all was the soup kitchens. These were set up to provide relief to the starving poor, and it did help. But since the kitchens were Protestant, and Catholics were sometimes reluctant to go in case they got converted, we’ll never know how many people died out of fear of losing their religion.

Busting a myth
Most of what I know about the Famine was written in a book by Joseph Coohill. His father was an Irish-American, and Coohill is a respected academic. His book Ireland: A Short History is informative without being hard to follow. Also, to Coohill’s credit, the book is fair to the Nationalist and to the Unionist sides. It’s fair to the Irish, but portrays the British in a factual light too.

That brings me on to something. The myth you’ll sometimes hear is that the Famine was entirely the fault of the British. While it’s a popular myth, it’s not completely true. The Quakers, and even Queen Victoria, donated a shitload of money, to try and stem the impact of the Famine. Robert Peel was PM when the Famine started, and he genuinely tried to help, but was stabbed in the back by his own government. They didn’t want him importing cheap food from abroad, even though people in Ireland were already starving to death. Sometimes it was the rich Irish landlords and bailiffs who turfed the starving people out of their homes, and effectively “stole their grain”, like it says in The Dunes.

If you’re looking for people in Britain who cocked things right up, try the following:

Peel’s successor, PM John Russell. He believed in economics, rather than fixing an agricultural problem.
The scientists appointed by PM Peel to investigate the Famine. They disregarded a specialist’s opinion that the potato blight was caused by a fungus (which it was).
The arrogant people among the British, who believed the Famine was “sent by God to punish the Irish”. So much for love thy neighbour. Ireland was part of the UK at the time, so why didn’t more people look out for them?
Charles Trevelyan, treasurer to PM John Russell. Trevelyan was slow to give the Irish any kind of proper aid, and he also believed in the God-punishing-the-Irish crap. A poor treasurer and economist if ever there was one.
The takeaway
As Ronnie returns to the opening verse of The Dunes to finish, he sings about a man walking on the same shores where he witnessed the horrors of the Famine as a young boy. That implies that the Famine may have passed, but that it lives in the hearts and minds of the people connected with it. There’s a lesson to be learned in life, then. And that lesson is this: do what you can to help others. As human beings, we can’t work miracles. But we can all do something or other to make a difference.

It could be doing a Ferocious Dog and organising a food bank at a music venue. It could be raising money for, or donating money to the homeless, as I’ve done in the past and still do. It could even be as simple as looking out for folks during the terrible COVID-19 pandemic. In a world where ordinary people can feel powerless, let’s all do a little bit to make it a better, more humane place.

A crack of lightening split the sky.
The rain on the dunes it poured.
I left them lying where I shot them down
The bailiff and the landlord.
Then I went for a drink in Westport.