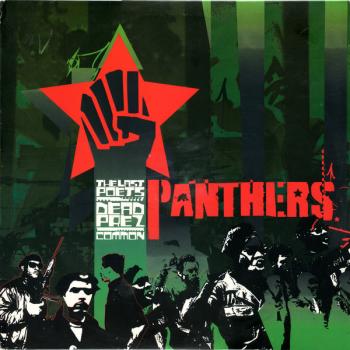 Qui il podcast dell'intera puntata
I used to run with a clan that was militant
Preparing for war we studied strategies with diligence
The revolution was our real intent
We had to theory to work so we could find out what it really meant...

Then I was sent to Chicago, Illinois
The place where the most Black Panthers were destroyed
You either pushed dope, locked down, or unemployed
Hearing shots late at night keeping the people paranoid
In the heart of the South Side, countless died gangsters
...
From the outside, we could be deceived it’s all pretty
When you travel the streets, projects be small cities
Where the beast at the gate change the guard at each hour
The older generation sing songs of Black Power
And me, well I was reading Fanon and Chairman Mao
So I could change the situation I’m in right now
Listen close to my people who could really show me how
to organize with my n***** put the system on trial
But the streets kept calling my name, you know the song
Even though I’m a solider, took my oath to stay strong
Life goes on, some things take too long
Sometimes you don’t recognize what you got until it’s gone

Have you ever read Seeds of Time,
I read it when I was sixteen and it freed my mind
Coming up on the dirty south floor of the roads
Being exposed to the Panther code make me a soldier
A child of the Ten Point Platform and rap form
Word to this Huey P. tatted on my left arm
It’s fo’ life, cuz if it wasn’t for the Panthers
The real OGs like Akua and Fred Hampton
And comrades on the West Coast side out in Watts
East Coast be LA returning shots at cops
It wouldn’t be no free school lunches
It was Mutulu Shakur that gave us acupuncture to clear the junkies
The real walkers, up early feeding the children
Punk police would drive by and spray the buildings
Who was holding it down when Rap Brown got locked down
If you love Tupac, his pops still in the box now
This is how the Panther cubs growl
Black Power thug style RBGs up