Racism and Slavery in the USA
2020
Say their names 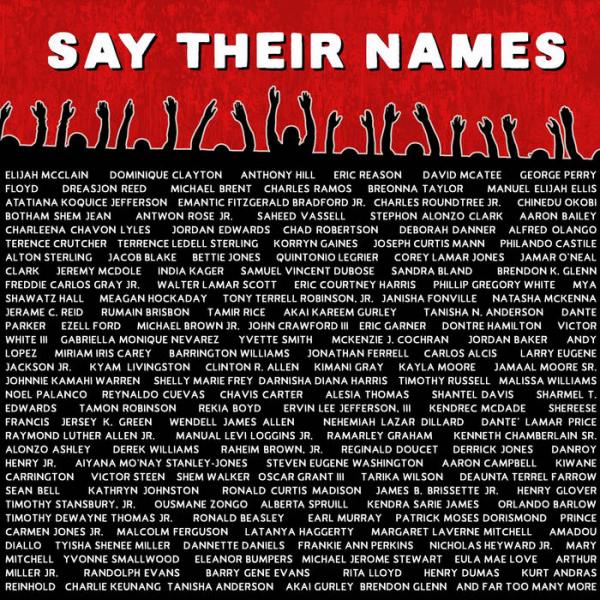 They slammed him into the wall, they threw him to the ground
Although he made no effort to fight back
They choked him til he vomited, and then they did it more
No body cams recorded the attack
Elijah said he couldn't breathe, he was begging for his life
So they shot him full of ketamine
Elijah played the violin

He went into cardiac arrest – soon after, he was dead
And he had not committed one offense
Aside from being Black in these dis-United States
And trying to exist in the preset tense
Nothing happened to the cops, they were just following procedures
Killing people for the color of their skin
Elijah played the violin