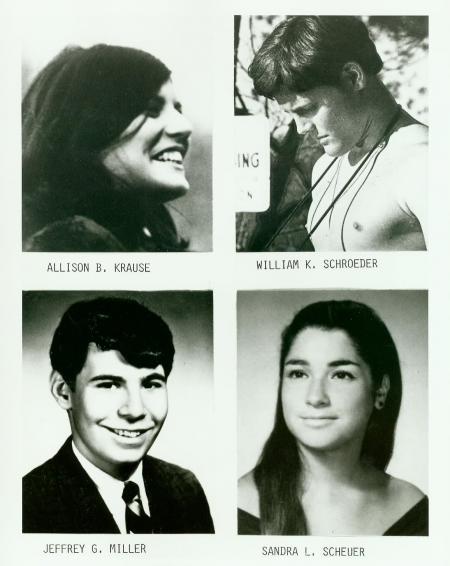 Si veda anche Ohio.
I was down in Nashville just payin' my dues
Headed for Ohio when I read the news
'Bout the people demonstrating 'gainst the President's views
Four were shot down by the National Guard troops
Just like Uncle Sam I put on my fighting shoes
School shot down cause there's no more to lose
Now we're headed to D.C. two by twos
Cause those low down, profound, killin' four blues

Silent majority still glued to the tube
Say CIA ain't lookin', FBI come unglued
Shot some more in Jackson just to show the world what they can do
While we're marching to D.C. cause there's too much to do

When the President said that the tear gas is gone
The army's pulled out leavin' blood on the ground
The streets are empty and the crying's died down
You can be President if no one's around
Just like Kow Kow, you've heard it before
Get back gangster, don't you open that door
Space Cowboy's back to tell you the score
Nothing any good is gonna come from a war
Got those low down, profound, killin' four blues