Heroes of the Cold War 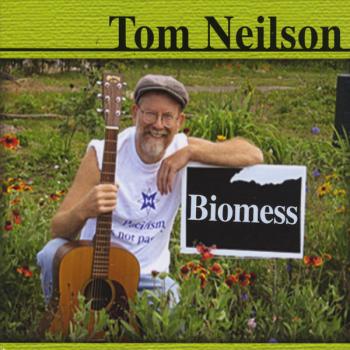 PADUCAH, Ky.—Stricken with cancer, his body mottled with painful sores, uranium worker Joe Harding picked up a pen for a final postscript to his nine-year struggle against the U.S.-owned factory he blamed for his fatal illness. "It is absolutely futile," he wrote just before his 1980 death, "like fighting a tiger with a toothpick."
Two decades later, Harding is being proclaimed a "Cold War hero" by the same government that brushed aside his claims of dangerous radiation inside the Paducah Gaseous Diffusion Plant in western Kentucky.
Revelations this week of worker exposure to plutonium at the Paducah plant have rekindled interest in the Harding case, which was championed briefly by anti-nuclear groups in the early 1980s as an example of the human cost of building America's nuclear arsenal. Although experts at the time linked Harding's ailments to radiation, the Department of Energy in 1981 dismissed Harding's reports of dangerous working conditions and declared the plant to be safe. Harding's disability pension and medical insurance were dropped and he was left nearly penniless.
Energy Secretary Bill Richardson, who has launched a probe into worker exposures at Paducah, said yesterday the government owed Harding and other workers a thorough investigation into whether their service in the nation's nuclear weapons complex had placed them in harm's way. 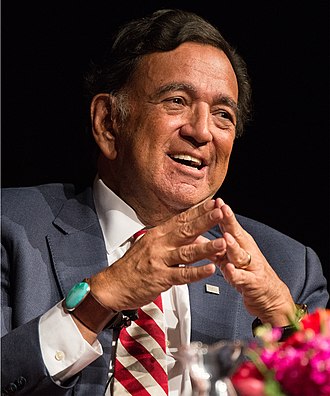 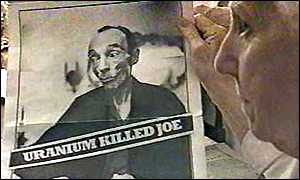 Workers at the nuclear weapons facility in Paducah, Kentucky, have been dying of cancer for many years. Joe Harding was exhumed by his wife and his body was discovered to be laced with uranium. Bill Clinton sent Bill Richardson to Paducah to give the dead and the dying an award. They were called "Heroes off the Cold War". I am told that Richardson gave Mrs. Harding a plaque and that she gave it back to him.

18 years of uranium dust
caked on his skin on his teeth formed a crust
Cancer in his stomach, perforated his lungs
All of the workers are dying too young

He spoke to the bosses of uranium air
The Feds denied any poisons were there
Union Carbide, Lockheed-Martin agree
That it's safe to make nuclear WMDs

Their bodies were sick with plutonium grams
The Feds said was from eating that Kentucky ham
Fernald, Ohio, Oak Ridge, Tennessee,
All getting sick on ham from Kentucky

Bill Richardson came to honor the dead
To Paducah, Kentucky, Mr Energy said
To the dead and the dying he gave an award
Called 'em Heroes Of The Cold War.

They dug Joe Harding out of the ground
Exhumed his bones and uranium found
Not Kentucky ham that was deep in his core
He's a Hero of the cold war.