Fire in my mouth 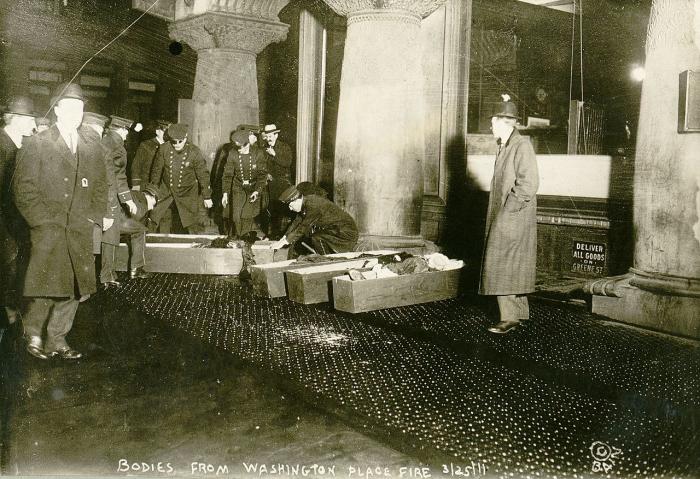 II. Factory
(adapted from the excerpt of a Yiddish folk song)

(adapted from the excerpt of an Italian Pizzica folk song)

I want to say a few words. I am a working girl. One who is striking against intolerable conditions.

We laid down our scissors
shook the threads off our clothes
and calmly left the place that stood between us and starvation.

Girls’ Choir
I WANT TO FEEL LIKE AN AMERICAN

Women’s Choir
(from an interview with Clara Lemlich)

Ah — then I had fire in my mouth

Women’s Choir
I heard someone cry fire Everyone said fire

(excerpt adapted from the eyewitness account of William Shepherd, reporter for the
Milwaukee Journal, March 27, 1911)

Those of us who were looking, saw her put her arms about him and kiss him.
And then he dropped her into space. Then quick as a flash, he jumped.

Women’s Choir
(excerpt from a speech by Rose Schneiderman at The Metropolitan Opera House, April 2, 1911)

I would be a traitor
to those poor burned bodies if I were to speak
of good fellowship.
I have tried you good people of the public, and I have found you wanting.