Death to the empire of death.
Dedicated to the countless millions of its victims. 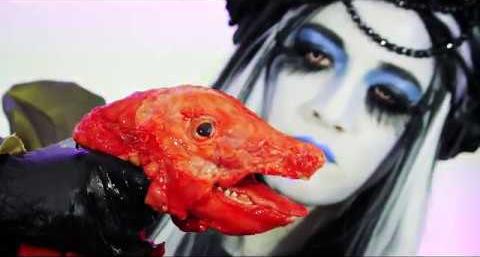 Legions of the Dead!
Amassing along the border!
Thirsty for revenge!
Hungry for The Reckoning!
Don't you see..
...what you've done?
Vengador! Venga Vengador!
Venga con Coraje y Valor!

The Oceans can't protect you!
your new enemies are more powerful than you can ever imagine!
They'll do to you what you did...
...to North Korea!
The Whole World will cheer...
...as you die!
Hula Hoop! Hula Hula Hoop!
'ta muerto el terorista!
'ta muerto el satanista!