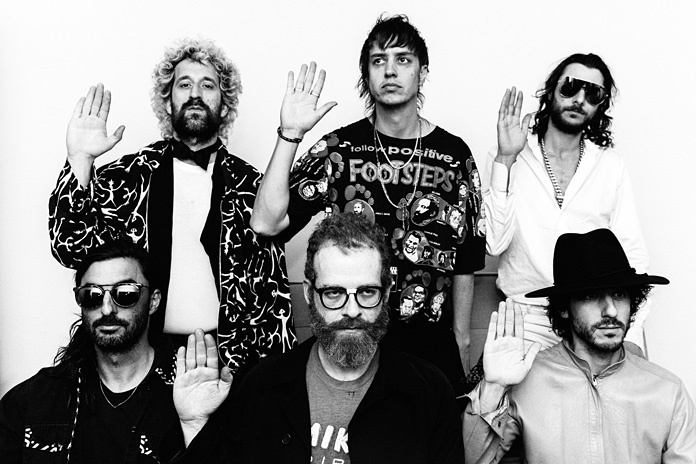 Despite the fact that The Voidz have always been a very politically charged band, these are some of the most blunt lyrics they have put in a song yet.

The choruses vary a bit, to (seemingly) touch on different parts of acts of violence committed by officials and the military.

On the first chorus, Casablancas sings about war. Wars, no matter the countries involved, are always justified using the same statements and sentiments. We are always explained by the government we are in danger, or our territory is, and a certain country or organization is a threat to national security. At the end of the day, The Voidz see it as nothing but murder (since a great number of soldiers and civilians die during wars).

The second chorus seems to be the same, though the use of word ‘officer’ may be hinting it’s also about police brutality.

The third chorus is particular. ‘I wanted it’ is used, which is a drastic change since all the song is mainly accusatory. This means that the fear instilled in the population got the band too, at least at one point. ‘Don’t wanna be fooled again’ means they finally realized they are actually against this.
In the land of the free-er
Evidence, it's no use

Evidence there's no use
This is just the life that's been chosen for me
Yeah, well

I've been sipping on the blood of sweet success
Before history punishes us for it
You wanna see what, people are really like?
Watch them light a torch
Understanding ends this game

If I was batting I'd be right behind ya
It's not the first time, that I've been lied to
All wordz are made up, before I was born
My friend the walls say only they'll keep me warm

You know it, lies are comforting
Bye-bye, bye-bye

You know it all, obliviousness
I'll leave it in my dreams, my dreams

Not angels, not fiends
But just human beings