LGBT community and homophobia: love against violence and prejudice
2016 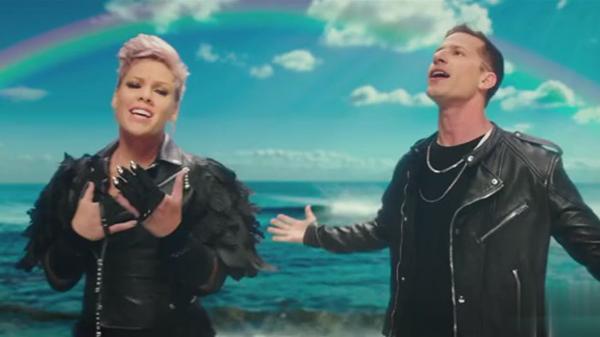 It gets me angry on behalf of them, I'm passionate (not gay)
So I'll pray for them and say for them "we need to make a change" (not gay)
I see it clear as day (not gay)
It just seems (not gay) wrong (not gay)
That no one seems to care (sports)
We can't continue to pretend
This (not gay) madness has to end (not gay)

I was born this way (straight)
You were born your way (gay)
Gay or straight, straight or gay, it's all okay (sure)
It's time to make a change (yes)
It's time to stop the hate (uh)
'Cause who you are is beautiful (not gay)

How is it that I can have straight sex while two gay dudes are oppressed (not gay)
For having sex (not gay)
Or putting on a wedding dress (I assume)
I don't really know much about it (beef jerky tastes good)
Politics are important
And if girls wanna have sex with me 'cause I said this, so be it (n'gay)
I'm not a hero, I'm just speaking the truth
I'm not a hero, don't call me a hero
(beer, hoagie, sweatpants. not gay)
Yeah, I'm not a hero (titties, not gay)