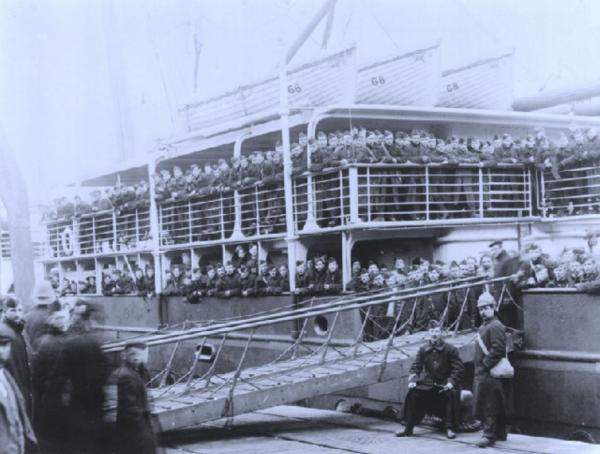 Vaster battalions press for further strands,
To argue in the selfsame bloody mode
Which this late age of thought, and pact, and code,
Still fails to mend. - Now deckward tramp the bands,

Yellow as autumn leaves, alive as spring;
And as each host draws out upon the sea
Beyond which lies the tragical To-be,
None dubious of the cause, none murmuring,

Wives, sisters, parents, wave white hands and smile,
As if they knew not that they weep the while.