All That I Require


The voices of fascism are ringing loudly in our politics today. This is a cautionary tale from history.

Newsreel footage in the public domain. Footage contains scenes from life under Mussolini, Stalin, Hitler, Franco, as well as footage from the Japanese internment camps in the US and photos of current Syrian refugees. 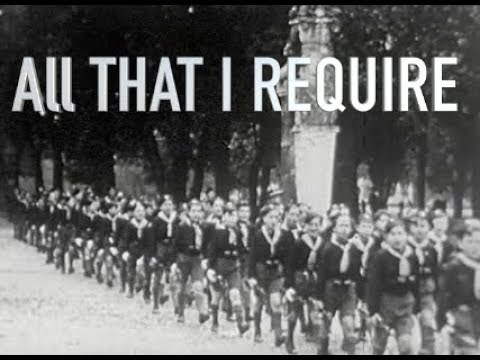 
An Open Letter About All That I Require 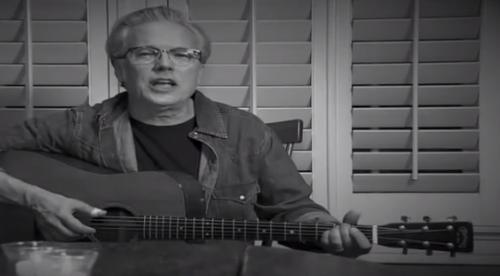 Dear Jeremy,
This letter is about the song "All That I Require" and the video that goes with it, should anyone else should care to read it.
140 characters is a terrible way to discuss art, music, politics, philosophy and other big ideas…and my thumbs are too old to deal with typing on my phone. So, here goes. You assume the song and video are about Mr. Trump.

The song isn't about him, it is about us. We Americans. We are at a crossroads where the voices of fascism and extremism are ringing loudly, whether from the right or the left. When we see students shout down a lecturer at a university, that is fascism. When a candidate calls for a registry of someone based on their religion, that is fascism. These are only two examples but I think you get the point. The civil discourse of ideas is one of the hallmarks of democracy and we are sorely lacking in that right now. Ronald Reagan and Tip O'Neal were polar opposites politically but they had a beer together almost every Friday and because of that compromises were made and things got done.
During this election, as I watched and read the extremism and calls to violence I was reminded mostly of Spain in the 1930's. (You'll note that most of the footage in the video is from Spain.) I began to research the slogans of fascists and communists of the time. Mostly, Franco, Mussolini, Stalin, and Hitler. They all talked about food, jobs and security like most politicians but added violence, racism and scapegoating other religions. They all said they alone had the answers. Mussolini called immigrants a "grease stain on the fabric of Europe.”

Some dictators, like Hitler and Mao, were against formal religions. Other brutal demagogues used religion and hate to justify their bloodshed. The Scorpions were Christian paramilitary groups in Bosnia and Serbia. They systematically went through Muslim villages killing the men and boys and raping all the women and girls. They would have their pictures taken over the bodies with their AK's holding up three fingers as a sign of the Trinity. They did this in the name of my faith which I hold dear and it disgusts me. It's not by accident that I used the "scorpion to kiss" as an image.
In researching all these despots and events, I came to one conclusion. The danger came not from their speech but our willingness to accept it. When we justify, "Oh, that's just campaign rhetoric,” we endanger democracy. When we say, "this is so dangerous we need to act unconstitutionally,” we endanger democracy.
The images in the video are from the 30's, 40's and today and that was by design. Most of the historic footage is from Spain, Italy, Hungary, and yes some Germany. All the stills of refugees are modern day photos flipped to black and white. The tactics used by the strongmen I described above brought them to power but ultimately cost their citizens in blood, treasure and starvation. It made millions of refugees.
We Americans live in a democratic republic and in order to keep it need to guard against the extremes which appeal to darkness, fear and hatred. When we see those things, I believe we need to call them out. We need to do it with those we agree with and those we don't.

Ultimately Jeremy, I can't make you like the song and that's ok. You probably voted for Mr. Trump and I didn't. That's ok, that's how democracy works. I hope though, you'll reach across the aisle, so to speak, and find out why the other side is worried about him. Take someone you disagree with to lunch or buy them a beer. That makes democracy work better. We need democracy to work better right now because the alternative usually works out very badly. I wrote this song to be pertinent after the election as well as before. Make no mistake, the song is about our willingness to accept violence, bigotry, hatred and religious scapegoating as normal political tactics no matter which side it comes from.

Best regards,
Radney Foster
We’ve been insulted boys, and we must not hesitate
They’re different and they’re dangerous, deserving of our hate
so follow me, and I’ll whip all your fears into a fire
I’ve got all the answers; I’m the whore that you desire

Those neighbors who talk funny, well I’ll make them move away
and the ones who disagree? We’ll put them in their place
Those malcontents, muckrakers, protesters in the street
won’t make you feel uncomfortable — I’ll lay ’em at your feet

I’ll make us strong again, you’ll sleep safely in your beds
I’ll rain down Hell upon those dirty mongrels’ heads
Your pantries will be full and your fath will be inspired
and the blood of all your children is all that I require

I’ll seduce your anger, and I’ll massage your pride
you’ll feel so good at first, when I take you for a ride
but I told you who I am, and when it’s too late to resist
remember you’re the one who chose this scorpion to kiss

I’ll always need new enemies so you’ll always need me
New fears and distractions, to tantalize and tease
Your pantries will be emptied for the glory I desire
You see, the blood of all your children is all that I require

Your skin-and-bones grandchildren, they won’t ask me the tale
I’ll be buried ‘neath the rubble after my last scheme has failed
No, you’re the ones they’ll blame for their orphaned world that bleeds;
for all those days you slept instead of learning from history.