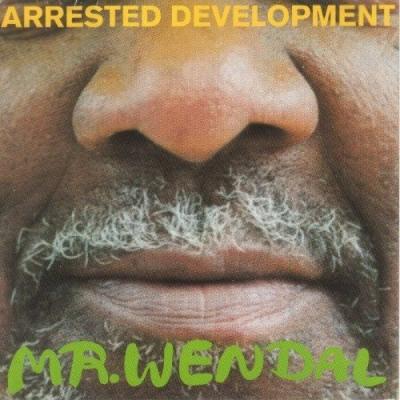 The song is not based on a person named Mr. Wendal at all, but it is based on some experiences that I have had in Atlanta, which is where I live, and sung to the homeless people that I had become friends with here, and just their way of looking at it. Some of them were more like hobos where they purposely were wanting to be homeless, they didn't want to play to the way society was going, and they just decided to go off another beaten path. Others were hungry, had a run of bad luck, and just couldn't survive with the competition of the real world. So they were out there. One of the people that I look to the most as the real Mr. Wendal, to me, died the year that that song came out. So he never got to hear the song and the tribute to him. We gave half of the proceeds of that song to the National Coalition For the Homeless in the United States, because of how closely all of us felt to the cause of the homeless, and the fact that everybody, whether they're homeless or not, there's some times in all of our lives when we need some help, we need a boost.

Speech
Here, have a dollar
In fact, no brotherman here, have two
Two dollars means a snack for me
But it means a big deal to you
Be strong, serve God only
Know that if you do, beautiful heaven awaits
That's the poem I wrote for the first time
I saw a man with no clothes, no money, no plate
Mr. Wendal, that's his name
No one ever knew his name cause he's a no-one
Never thought twice about spending on a ol' bum
Until I had the chance to really get to know one
Now that I know him, to give him money isn't charity
He gives me some knowledge, I buy him some shoes
And to think blacks spend all that money on big colleges
Still most of y'all come out confused

Mr. Wendal has freedom
A free that you and I think is dumb
Free to be without the worries of a quick to diss society
For Mr. Wendal's a bum
His only worries are sickness
And an occasional harassment by the police and their chase
Uncivilized we call him
But I just saw him eat off the food we waste
Civilization, are we really civilized, yes or no
Who are we to judge
When thousands of innocent men could be brutally enslaved
And killed over a racist grudge
Mr. Wendal has tried to warn us about our ways
But we don't hear him talk
Is it his fault when we've gone too far
And we got too far, cause on him we walk
Mr. Wendal, a man, a human in flesh
But not by law
I feed you dignity to stand with pride
Realize that all in all you stand tall