Violence on Women: just like and worse than war
2017
SHE 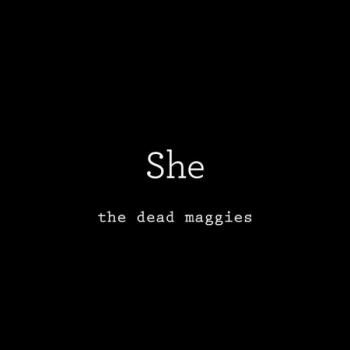 SHE is a not for profit organisation that provides specialist counselling services for women who are currently or have experienced family and domestic violence.
The lyrics of SHE the song are based on the words and stories of Tasmanian women who have suffered from domestic violence.
Oh he calls me a bitch and he calls me a whore
Well that’s just his way girl that’s just his way
He pushed me down onto the floor
Well you probably shouldn’t have got in his way
Oh he slapped me around that other night
Oh don't be silly girl he wouldn't hurt a fly
Can’t you see the fear in my eyes
Oh why did you marry him why won’t you leave him

One day, will come, liberty
But for my children, I would die to be free

Well I called out the police one of the worst times
They said what can we do love our hands are tied
We can arrest you if you go back for more
Seems he’s the victim under the law
Well the councillor didn’t believe me one bit
Said she’d seen the way he played with kids
The lawyer dismissed me right out of hand
Said I was a liar too stupid to understand
Oh I begged the judge but there was no real trial
Under the hammer, the fist and the guile
The system against me I had no more fight
Seems a woman’s place is under men’s rights

One day will come liberty
But for my children, I would die to be free

So back to the pit and back to the cage
My mind slowly began to change
It was all my fault I was to blame
The kids really were better off with him
Oh I asked for help one last time
My mother said she thought I was lying
But the bridge and the brick soon opened my eyes
If the kids don’t need me, neither do I.