Conflicts in Ireland
1993
33 Revolutions per Minute 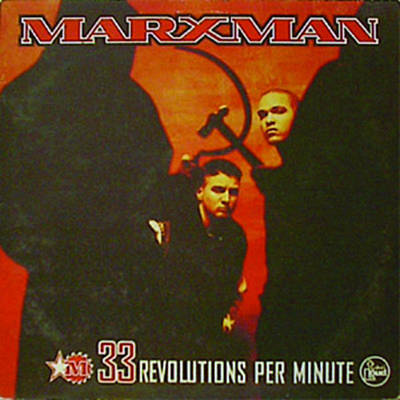 Killed their leaders killed their young
Put to the sword, the gun, or hung
History taught this to me
But what ya learn is a travesty
I'm saying no slaying is playing it right
And death is the legacy of the fight
But I fight for peace against injustice
The time has come to discuss
This SAD AFFAIR

How long will it be...
Such a sad affair?

People have been mistreat for too long
How long to sing this sad song
Connolly said that we shall rise again
And surely one day the pain must end
Some say "that's a bridge too far"
Some they say "tiocfaidh ár lá!"
Some pretend the problems don't exist
Some attack and some resist
It's a SAD AFFAIR

Some say "One day our day will come
The race is run we know the outcome
The tide is on the side of the green
The butchers apron no longer seen"
But all I know is that peace must win
And I thought this was Ireland not Britain
A six-country state is a bastard state
Why oh why can't we all integrate?

Cuz my people suffer great injustice daily
Condemned by racism in the Bailey
The Guildford Four, Maguires, and the Six
Innocent! but guilty of being Micks
And my culture is as strong as a pyramid
And you will pay for these things you did
Not just to we but to the African
The Asian, and the true American
And tomorrow the sorrow will continue
And the hatred will fester in the sinews
I feel like a stranger in the land where I was born
I just have to wait for a new dawn
It's a SAD AFFAIR