The Ballad of Jerry Norman Duffy 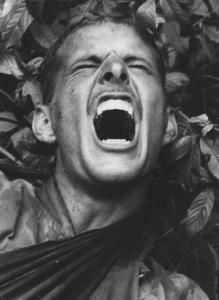 He had the graveyard watch
the big lights were out on hill 131
it was a moonless night and without those
lights he couldn't see what was going on
a Vietcong mortar pounded the hill
and explosive charges went off
nine g.i.'s were injured
but Jerry Duffy's life was lost
Jerry Duffy's life was gone 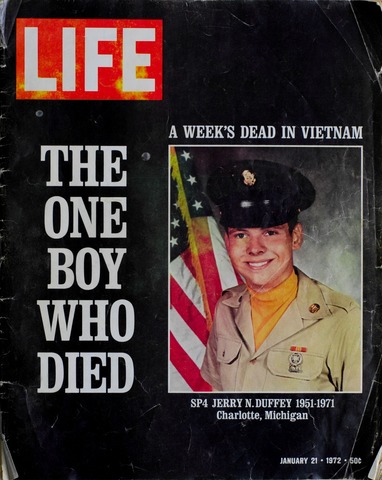