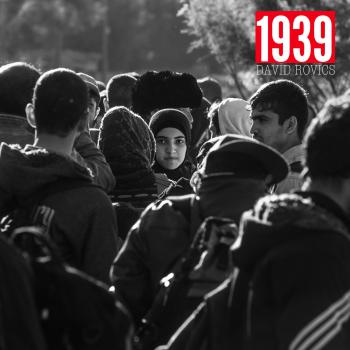 When the bomb went off that killed your mother
And you left at midnight with your sister and your father
When you spent your first night sleeping amid the mortars
As your family made its way to the Turkish border
As you saw the dead and dying all around you
When there was nowhere you could hide, nothing you could do

Did you miss Aleppo and your nanny, Nenita
Did you wish you could be home in Syria

When you packed into the truck, did you feel the trepidation
As it moved along the highway closer towards your destination
How soon did people realize, when did they begin to shout
How hard was your heart pounding before all the air ran out
What was your final dream from which you would not awaken
Did you wonder why your young life now was going to be taken

Or did you just miss Aleppo...