>>> Greece had two leaders who really took care of the People. Perikles...


ANDREAS LENTAKIS
THE SCIENTIST, THE POLITICIAN, THE THINKER, THE MAN
from the Official Website of the Lentakis Foundation

Andreas Lentakis, a Greek expatriate, was born in 1935 in Antis Abeba, Ethiopia. Although his roots were in the islands of Karpathos and Crete, he grew up and graduated from high school in Ethiopia. He enrolled at the University of Athens in 1953 to study Philosophy with a scholarship from the Greek-Ethiopian Community. His social activism and the depth of his intellectual thinking had already distinguished Andreas Lentakis by the time of his graduation from the Department of History and Archaeology. In addition he was fluent in Greek, English, French, Spanish, Italian and Ethiopian. Most importantly he was one of the leading figures of the students' movement in the 1950s and 1960s. He was the man behind the political slogans "1-1-4" and "15% dowry to education and not to Princess Sophia", which marked a whole era.

His political activism began in 1955 when he became a member of EPON, an outlawed political movement. From 1958 onwards he was a member of the Youth Movement of the Left Political Party EDA. He was one of the founding members and head of International Affairs of DESPA. In addition he was a founding member and Secretary General of the Students Union in the School of Philosophy, a founding member of the Association of Working Students, as well as for some time chief-editor of "Panspoudastiki", the student movement's magazine. Andreas Lentakis was also a leading figure of the "G. Lambrakis" Democratic Youth Movement.

Andreas Lentakis was known world-wide for his revolutionary activism against the Colonels' junta who overthrew the Greek democratic government in 1967 and imposed military rule in Greece till 1974. For this activism he was imprisoned and exiled for 4 years. At that time Mikis Theodorakis composed "Andreas' Songs" to commemorate his ardent democratic convictions and the tortures he suffered in the hands of the military police as a result.
The junta sent Andreas Lentakis into political exile to the islands of Andros, Milos, Leros and to Oropos in mainland Greece. In Milos he engaged in and promoted research and writing on the island's history. After the collapse of the military junta in 1974 and the restoration of democracy in Greece, Andreas Lentakis became a founding member of the new EDA political party and its Chairman from 1987 to 1993. He was repeatedly elected Mayor in the City of Hymittos, in the outskirts of Athens, in 1978, 1982 and again in 1986.

During his service as Mayor Andreas Lentakis founded the first "Open University" in Hymittos, an institution which he also introduced throughout Greece and in the Greek communities in Belgium, Germany, Cyprus and elsewhere. He inspired and created the first municipal KAPI (Open Care for the Third Age), the "Theatre of the Rocks" with 3,000 seats and many other innovative social and cultural programmes.

In the late 1980s and early 1990s Andreas' political activism entered a new phase. He was a member of the Executive Committee of the Sinaspismos (Coalition) Party and in
1989 and 1990 was elected as a member of the Greek Parliament.
In June 1993, after resigning from the Parliament and the Chairmanship of EDA, he joined the newly established political party of "Politiki Anixi" (Political Spring). In the October 1993 elections he received the highest number of votes and was named Parliamentary Speaker of the Party.

However, Andreas Lentakis did not limit himself to the political arena only. He published hundreds of scientific articles and over thirty books, including: "Anakreon and Anakreontia" (1974), "Illegal Organizations and April 21st" (1975), "Panayis Lekatsas, Founder of Ethnology in Greece" (1970), "The gentlemen of Milos and their coat of arms" (1983), "Democracy and local self-goverment" (1986), "Greek Anthology" (five publications), "Has Marx said everything?" (1990), "Sacred Prostitution" (1990).

Unfortunately, Andreas Lentakis did not have the happiness of seeing his life's work "Love in Ancient Greece" published. The publication of the work in a series of volumes began in 1997 by Kastaniotis Publications, starting with volume A "Love in Religion or the Ideology of Love"; volume B "The period before Patriarchy"; volume C "Prostitution" and lastly volume D "The Courtesans". 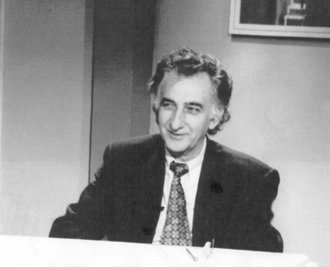 Greece had two leaders who really took care of the People. Perikles in the ancient Greece and Andreas Papandreou in modern Greece. I have been looking for this song a lot. I am grateful to you to let me download it. 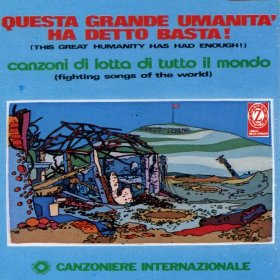