A Life of No Regrets 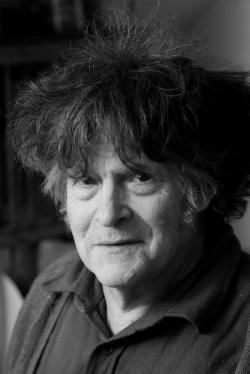 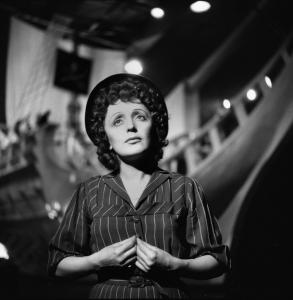 
Legendary French singer, Edith Piaf, born 100 years ago, aided the French resistance to Nazi occupation in World War Two. She sheltered Jewish friends. Photographs of her performances for French prisoners in Germany were used to make fake passports, enabling many prisoners to escape.
Born on a pavement in Paris on the rue de Belleville,
Piaf determined to make her own fate;
Named after a brave wartime nurse, Edith Cavell,
Shot for letting French prisoners escape –

Édith’s father was an acrobat who, to buy red wine,
Sometimes pawned his daughter’s school satchel,
Whilst Édith’s mother abandoned her to ‘Maman Tine’,
The grandmother who ran a Bernay brothel.

But La Môme Piaf, this ‘Kid Sparrow’, half-blind,
And just four feet ten inches in height
Contained a tornado, an incendiary firestorm –
A life force that it was her gift to ignite.

In a single vocal chord Édith Piaf could express
The sound of suffering humanity;
Then she could vibrate with joy, reliving great loves
With triumphant cries of ecstasy.

Édith escaped from the fallen women of Bernay
Through this voice “that tore your guts out”,
And by chance it was heard by Maurice Chevalier
As she sang her songs about love and revolt.

Édith would sing the socialist Internationale
Instead of the patriot’s Marseillaise –
She’d arouse the anger of the French bourgeoisie
But the poor gave her nothing but praise.

In the Occupation the Nazis forbade her to sing,
"Où sont-ils mes petits copains?" –
Where Are My Friends? was her anti-Nazi song
And she sang it again and again.

Then, true to her namesake, Édith paid a visit
To French prisoners in German camps:
The Resistance had made up fake identity cards
For her to hand out secretly, with maps.

“I don't care about laws or what people think,
"All I've done in my life is disobey.
"And if God allows me to earn so much money,
"It’s because He knows I give it away!”

“Without love you are nothing, my friend,
“On n’est rien du tout sans amour.
"Nous sommes un seul corps, un seul corps.
"We are all one body. D’accord?”

“When two bodies are entwined they soar,
"And together they can both catch fire
"Becoming radiant, intoxicated, and happy.
"Alors moi je chanterai l'amour.”

To Édith Piaf physical love was also spiritual love
(Following the footsteps of Mary Magdalene);
Strange lips might fire her soul yet she’d stay pure,
As she’d feast on feral kisses beside the Seine –

Les Momes de la Cloches about “rejects, and outcasts”
Was Piaf’s own life, so its lyrics were true:
“We’re the poor girls,” she sang, “we roam around broke.
“We’re loved for a night, n’importe ou.”

“Hello boy! You come with me?” she sang
In ‘C’est a Hambourg’,
“My heart’s too big for just one guy, and this is why
"My love can go round the world.”

“Lovers”, Piaf said proudly, “now go to bed with my songs,
“Parisians make love to Piaf when they wish.
“But since Paris is making love more than once in a night
“I have to keep serving it a new musical dish!”

“Death does not exist,” she’d laugh then she’d sing,
“Because you can live forever in a song”,
And her emotional power crackled like lightning,
In a voice that never seemed to go wrong –

And with it she’d happily celebrate wrongdoers,
Like ‘Le Contrabandier’,
For to her such a smuggler was “a sort of poet”
And she’d often have criminals to stay.

“They pay me with warmth, I pay them with songs,
"Tu vois, when I'm Piaf I’m no longer on earth,
"Singing’s the way that I escape to another world
"Where unloved orphans enjoy a new birth.”

There was such an “electricity of the heart” between Piaf
And the people, her death would leave France in a daze
As if a power cut and a heart attack had come both at once:
There are no encores at the cemetery of Père Lachaise.

Crowds covered the cold pavement where she was born;
Hundreds deep in Belleville, and thousands in Pigalle
But as the tiny coffin moved through Paris they’d play Piaf
So that those hearing that giant voice would walk tall.