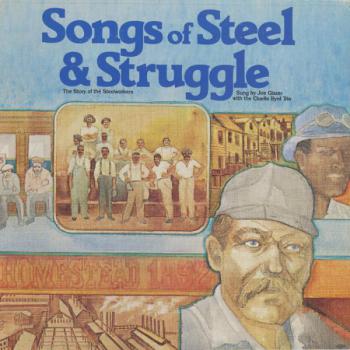 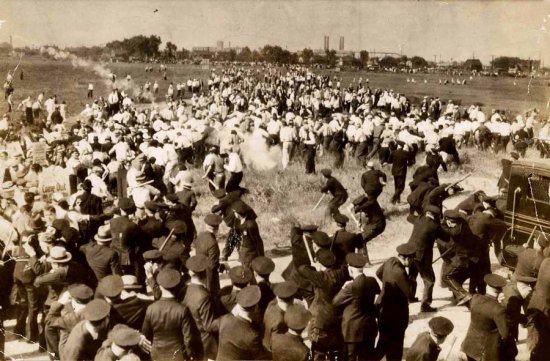 We will not be Tom Girdler’s slaves
But free men we will be
List to the voices from their graves
"We died to set you free."
In ordered ranks they all marched on
To picket at the mill
They did not know that Girdler’s cops
Had orders: Shoot to kill!

As they marched on peaceably
Old Glory waving high
Girdler’s gunmen took their aim
And the bullets began to fly.
Thar deep, deep red will never fade
From Republic’s bloody ground
The workers, they will not forget
They’ll sing this song around.

They’ll not forget Republic’s name
Or Girdler’s bloody hands
He’ll be a sign of tyranny
Throughout the world’s broad land.
Men and women of the working class
And you little children too
Remember that Memorial Day
The men who died for you.