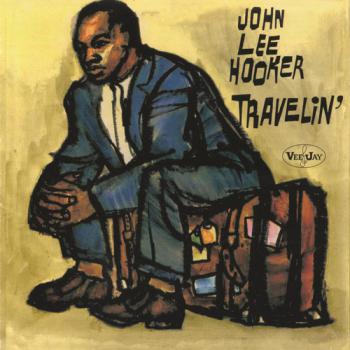 An astoundingly high number of the nation’s most masterful blues musicians were born in Mississippi. In Ted Gioia’s book, “Delta Blues” (2008), Detroit bluesman John Lee Hooker offered his own reason why: “I know why the best blues artists come from Mississippi,” said Hooker. “Because it’s the worst state. You have the blues all right if you’re down in Mississippi.”
As Nigel Williamson wrote in “The Rough Guide to the Blues” (2007): “The social and economic problems of the Delta region persist to this day, the product and result of its history of enslavement and the legacies of the cotton plantation era, including the Jim Crow laws, racial segregation of public educational institutions and black disenfranchisement.”
John Lee Hooker was born outside Clarksdale, Mississippi, and as soon as he came of age, he moved to Detroit, where he became one of the pre-eminent blues musicians of his era, with hard-partying boogie music like “Boogie Chillen,” “Boom Boom” and “Dimples.” But Hooker also sang the “Hobo Blues” about riding the rails endlessly, and “House Rent Boogie” about holding parties to raise the rent after being evicted.
Perhaps Hooker’s Mississippi roots show up most clearly in his stark and terribly sad song, “No Shoes”, written in 1960, just as the nation was finally beginning to become aware of the extent of hunger in Mississippi. Hooker’s song reveals the story of hunger in America more tellingly than any Congressional fact-finding tour.

“No food on my table, and no shoes to go on my feet.
My children cry for mercy, they got no place to call your own.”


Hooker’s voice is so sympathetic and poignant, nearly sobbing about the hunger and hardships facing his children. “My children cry for mercy,” he sings, yet it is Hooker’s powerful, deep voice that cries out for mercy.
It is fascinating to hear this king of the boogie utilize his rough, growling voice to offer such a tender and kind-hearted plea for mercy for the children. Even his raw and primal electric guitar sounds beautiful and mournful. It becomes another voice asking for compassion. If ever the most rough-edged brand of Delta blues can be said to be sensitive, this is it.
Hooker ends his short song with an unforgettable image from the Other America — an indictment of society’s failure to care about malnourished children.

“No food to go on my table. Oh no, too sad.
Children crying for bread.”


In an interview in the book, “Elwood’s Blues: Interviews with the Blues Legends and Stars” by Dan Aykroyd (2004), John Lee Hooker said, “I look at the people in the streets, sleeping in the streets — hard time. I wonder why these people have to do that. If we get out and reach out to those people, it would be a better world. I can’t save the world, but I cannot forget about the poor people working in the plants and the fields and buying John Lee Hooker’s records. Wasn’t for them, I wouldn’t be here.”

No shoes on my feet
And no food to go on my table
Oh no, too sad
Children crying for bread.