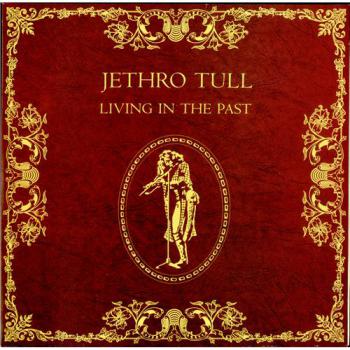 This remarkable song, recorded in June 1970, just before the Aqualung sessions started, is the first one in which Ian criticizes the strive for continuous economic expansion that takes such a heavy toll from the environment (pollution, the waste of natural resources). This theme will be explored further, esp. on the 'Stormwatch' album (1979). Ian might have drawn his inspiration from the outcome of the research of a group of scientists led by Dennis Meadows, called The Club Of Rome. This group started their work in 1968 and got a lot of attention in the media. They pointed out that economic growth and over-population would within a few decades lead to an environmental disaster and the exhaustion of the natural resources. In 1972 they published the alarming results in a report called "The Limits To Growth", which had a huge impact. The book became a bestseller and was translated in 20 languages.
[…]
From this song, especcially from the acoustic part, 'Wond'ring Aloud', one of the Aqualung acoustic gems, originated.
It's interesting to compare this song to 'Wond'ring Again' from the 'Living In The Past' album from which it was derived. In the first one "taking" is the keyword, in the second one "giving".
(Jan Voorbij, da Cup of Wonder)
There's the stillness of death on a deathly unliving sea
and the motorcar magical world has long since ceased to be,
when the eve bitten apple returned to destroy the tree.
Incestuous ancestry's charabanc ride,
Spawning new millions throws the world on its side.
Supporting their farflung illusion, the national curse,
And those with no sandwiches please get off the bus.

The excrement bubbles, the century's slime decays,
And the brainwashing government lackeys would have us say
it's under control and we'll soon be on our way
to a grand year for babies and quiz panel games
of the hot hungry millions you'll be sure to remain.
The natural resources are dwinding and no one grows old
And those with no homes to go to, please pick yourself holes.

We wandered through quiet lands, felt the first breath of snow,
searched for the last pigeon, slate gray I've been told.
Stumbled on a daffodil which she crushed in the rush,
heard it sigh and left it to die.
At once felt remorse and were touched by the loss of our own,
held its poor broken head in her hands, dropped soft tears in the snow
and it's only the taking that makes you what you are.
Wondering aloud will a son one day be born
to share in our infancy in the child's path we've worn.
In the aging seclusion of this earth that our birth,
did surprise. We'll open his eyes.

Wond'ring aloud
how we feel today.
Last night sipped the sunset
my hands in her hair.
We are our own saviours
as we start both our hearts beating life
into each other.

Wond'ring aloud
will the years treat us well.
As she floats in the kitchen,
I'm tasting the smell
of toast as the butter runs.
Then she comes, spilling crumbs on the bed
and I shake my head.

And it's only the giving
that makes you what you are.