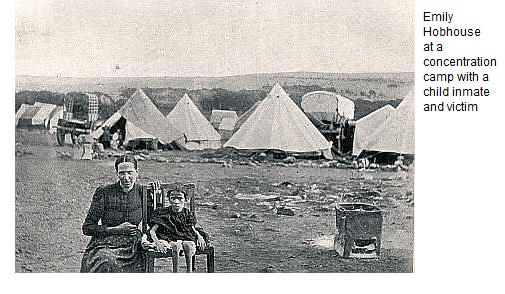 Attacked for being crazy:
“Traitor!”
“Lunatic! ”, “Hysterical spinster”
“A misguided peacette"
Fearless in the face of fire.

With knowledge and experience, Emily Hobhouse
Was a beam of light in a war torn world
Discussions with high officials led to
Hope of peace
But war doesn't listen to women and
England said, “No”

Oo, Emily
A bridge of peace
Bridges can’t be built without collaboration
There was such support from people of both nations
But England said, “No”

A bridge of peace