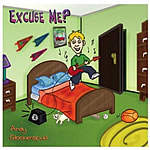 Rosa was a little tired after work in December
She hopped on the bus, a ride to remember
Paid in the front, and boarded in the back
Rosa got herself a seat, but the bus was packed.

A man thought he had more right than her to the seat that she sat in
She was a little tired from workin’
and very tired of being judged, by the color of her skin
Rosa wouldn’t get up, so they threw her in the slammer
This happened a lot down in Montgomery, Alabama

But she was well known in the African American Community
Used to work for the President of the NAACP
Dr. Martin Luther King Jr. was the pastor of a local church
Called a meeting and said, the only way to fight is for
no one, to ride the bus to work.
She believed that “Quiet Strength” was the “Pathway to Freedom”

It took a year for the Supreme Court to agree with her
Segregation on transportation is unconstitutional
In the land of the free, separate can’t be equal

Mother of the Civil Rights Movement
She wears the crown
Standing up for her rights just by sitting down
Rosa Parks, can’t you see you changed history
As a nation we are grateful for eternity

Like a rose, your lesson grows more and more each day
The bus you rode has miles to go but we are on our way to be free
One woman holding a candle in the dark
and her name was Rosa Parks