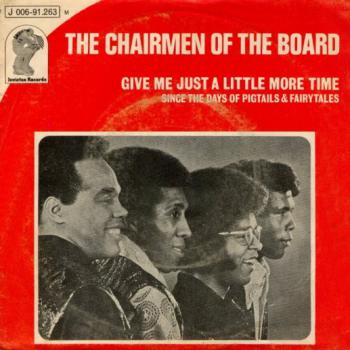 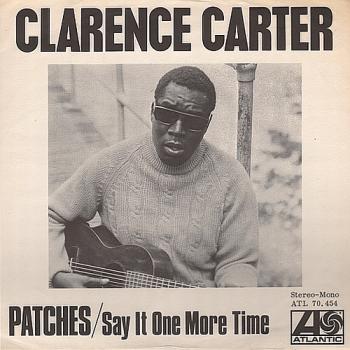 La canzone è strettamente legata alla splendida voce di Clarence Carter ma, benchè lui fosse originario dell’Alabama, non è come si crede un brano autobiografico. Anzi, Carter fu perseguitato tutta la vita dal senso di colpa per via delle tante lettere che riceveva in cui molti afroamericani lo ringraziavano per aver condiviso e raccontato così bene la loro storia…
I was born and raised down in Alabama
On a farm way back up in the woods
I was so ragged that folks used to call me Patches
Papa used to tease me about it
Cause deep down inside he was hurt
Cause he'd done all he could

My papa was a great old man
I can see him with a shovel in his hands, see
Education he never had
He did wonders when the times got bad
The little money from the crops he raised
Barely paid the bills we made

For, life had kick him down to the ground
When he tried to get up
Life would kick him back down
One day Papa called me to his dyin' bed
Put his hands on my shoulders
And in his tears he said

He said, Patches
I'm dependin' on you, son
To pull the family through
My son, it's all left up to you

Two days later Papa passed away, and
I became a man that day
So I told Mama I was gonna quit school, but
She said that was Daddy's strictest rule

So every mornin' 'fore I went to school
I fed the chickens and I chopped wood too
Sometimes I felt that I couldn't go on
I wanted to leave, just run away from home
But I would remember what my daddy said
With tears in his eyes on his dyin' bed

He said, Patches
I'm dependin' on you, son
I tried to do my best
It's up to you to do the rest

Then one day a strong rain came
And washed all the crops away
And at the age of 13 I thought
I was carryin' the weight of the
Whole world on my shoulders
And you know, Mama knew
What I was goin' through, 'cause

Every day I had to work the fields
Cause that's the only way we got our meals
You see, I was the oldest of the family
And everybody else depended on me
Every night I heard my Mama pray
Lord, give him the strength to face another day

So years have passed and all the kids are grown
The angels took Mama to a brand new home
Lord knows, people, I shedded tears
But my daddy's voice kept me through the years

Sing,
Patches, I'm dependin' on you, son
To pull the family through
My son, it's all left up to you

Oh, I can still hear Papa's voice sayin'
Patches, I'm dependin' on you, son
I've tried to do my best
It's up to you to do the rest

I can still hear Papa, what he said
Patches