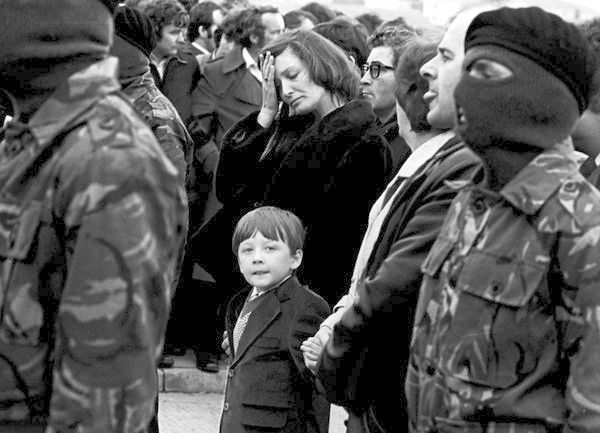 A bramble clawed at trembling hand,
And a night owl watched unseen,
Through bog and glen a United man,
Marched out to win a dream.

Cold black water lashed and splashed,
And played round a tattered reed,
By dying fire a woman prayed,
That the Gael might but succeed.

The silver nails of a rugged boot,
Scarred a lonely lifeless stone,
Cross rambling hill he marched afoot
To fight along with Tone.

Six days he fought,
Midst dying piles of gory mutilated heroes,
And the English cannon roared.
Upon the ghosts of Celtic bones,
A nation's blood was poured.

Thousands fell in screaming bloody terror,
Whilst the informer hid cowering close by,
But there were none left amongst that bloody fray,
To hear the woman cry.