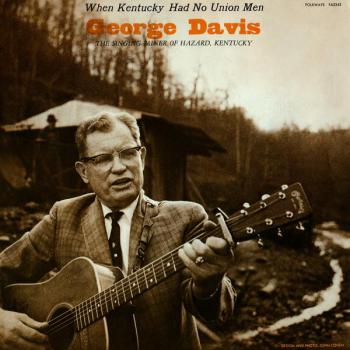 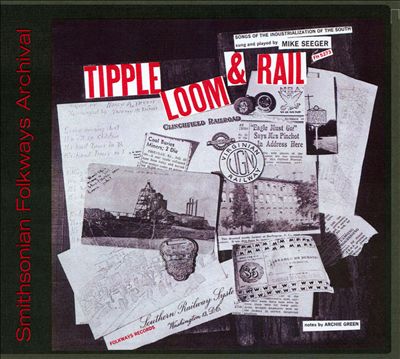 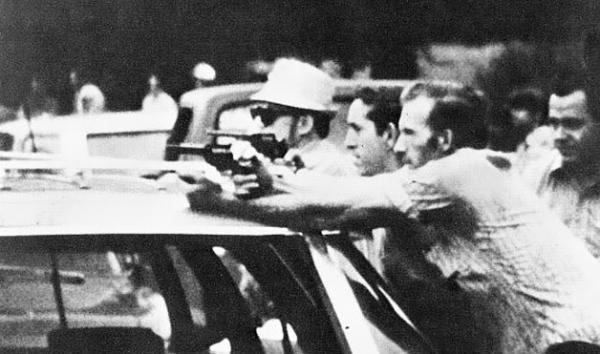 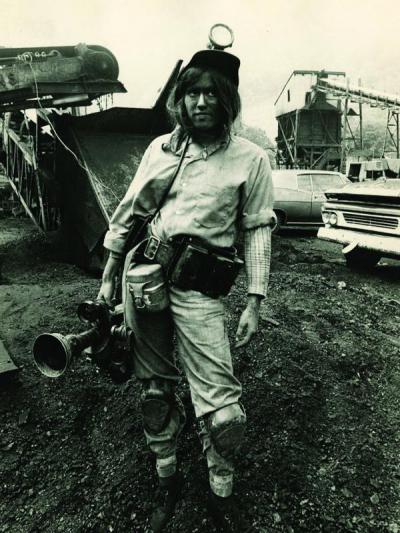 Barbara Kopple ad Harlan nel 1976
A bunch of fellers the other day
O'er to Harlan went;
They told me about the fun they had--
All the time in jail they spent.

Most of the fellers were like me
Who didn't go along;
If you want the story, boys,
Just listen to this song.

"You didn't have to be drunk," they said,
"To get throwed in the can;
The only thing you needed be
Was just a union man."

None of the boys didn't like it much,
They said they's treated bad;
They took their knives or pocket books,
Or anything they had.

They throwed Bill Wheeler in the can,
With all his p'ison gases;
He had no money to pay a fine
So they just took his glasses.

Then Kelly said, "You can't do this to me,"
When they come to get his name;
"The hell they can't," the jailer said
"You're in here just the same."

Walter he's a funny chap,
With me you'll all agree;
He wants some one to hold to him,
When he gets on a spree.

Delmos he went down the street,
To a restaurant was bent;
When two fellers picked him up
And to the jail he went.

Put Bill Sheets in the jailhouse,
For reckless walking, so they say;
They can't hold Old Bill for that,
'Cause he always walks that way.

Everything grew quiet, boys,
You couldn't hear a sound;
"Turn 'em out," Sam Ward yelled,
"Or I'll turn this jail around."

When they all was freed again,
You could hear them all take on:
"Just thik of the fun that we'd a missed,
If we hadn't come along."

Then our president he asked our vice:
'How'd you get along so well?"
And Taylor Cornett laughed and said,
"Why, I was drunk as hell."

Lloyd Baker went over there,
To dodge the jail, he did;
He said, "They'd all stayed out of jail,
If they'd kept their buttons hid."

Now my song is ended,
And I hope no one is sore;
If there is, then please speak up
And I won't sing no more.