Conflicts in Ireland
1989
Why Are We Still In Ireland? 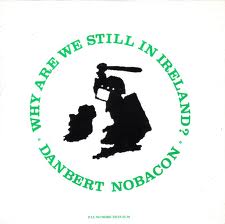