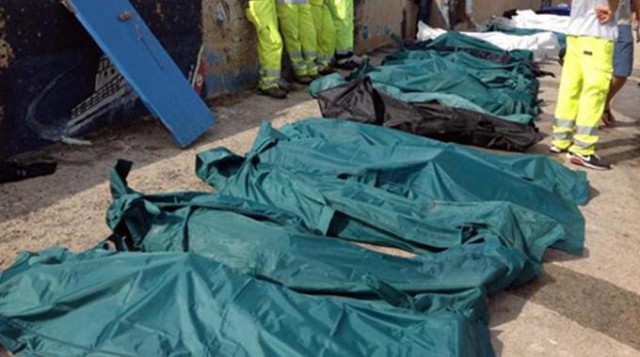 
Today, October 3, 2014, is the first anniversary of the massacre of Lampedusa and there have been other migrant massacres since then, almost every day. One year of good intentions, of Pope's visits, of “mare nostrum”, of “positions”, of “nevermores”, of new governments, of “appeals to Europe”, of Europes with no intention of responding to appeals, of patrol boats, of more or less “Northern” leagues, of human beings sinking to the bottom of the sea. On February 7 and 8, 2014, Andrea Buffa recorded this song in form of a lullaby; but the lullaby includes a long, terrible, suddenly waking recitative telling us about today's Italy through “social networks”: its Danieles, its Martinas, its racism, its stupidity, its inhumanity. It also tells us much about Facebook's policies, and a lot of other things as well, though not explicitly. After one year since Lampedusa massacre, its ascertained 366 victims plus 20 missing, after one years since the sick words of this country that lost in its history thousands and thousands of migrants at sea, we include here this song Andrea Buffa presented, among other things, to the CD case issued on the 10th anniversary of “Fino al Cuore della Rivolta” (“Up to the Heart of Revolt”) song festival; but revolt and heart do not seem any more to be parts of this country. [RV]
SLEEP

Lullaby, my own pretty baby,
let the waves be your cradle
let the wind drive the boat
so that you land sooner ashore.

May this sky filled with stars
hug you tight and may this moon
shine only upon my skin,
shadow of tears on our venture.

On October 3, 2013, a motorboat with more than 500 migrants on board capsizes and sinks offshore by the island of Lampedusa. The victims ascertained are over 350, mostly young and very young people, say children. On Facebook, Daniele replies to Martina, writing in a post: “National mourning”. “Ah ah ah ah ah ah ah, Italy makes me really laugh. We need a nice coup d'état, five hundred valiant men shooting wildly, and you'll see, everything changes in Italy in one hour. Italy to Italians!” Martina feels obliged to specify: “Well, ok. [Laughing emoticon] Ok, but they make me laugh anyway... I pity them 'cos they're dead, sure, but what about all those living who come and stay here, make ten children and are maintained by the State?” A couple of days later, here's a post by someone else: “Well, ok, you'll call me a racist now, but I say these must stay home. They come here and threaten our safety, you can't get off home anymore, they're robbing our people's jobs...What if they get into your home and menace your daughter? Well no, I got no daughter but you could have a daughter, couldn't you...? “Our people” is a top rated theme: better them than our people, our people's defence, “my people” in contrast with the dark-skinned people coming today by sea. Yesterday Southern Italians and Jews, and today...we'll see. An open Facebook group is created: “130 niggers less to be feeded”. Among the first posts: “130 niggers dead: I don't give a damn about it!” The racist page “Let's drive all niggers away from Italy”, with at least 5,000 members, aiming at “fighting against multi-ethnic oppression”, bursts out with commentaries the day after Lampedusa massacre, some of them directed against Italy's minister Cécile Kyenge, for instance: “You dirty bitch...it's them who should thank us for allowing them to put their piss stinking dirty faces on the Italian soil...are we fool here? They all must leave from here, there are too many laws, otherwise I myself would burn those boats...it sucks!” A couple of days later, Facebook's administration sends me a message in reply to my report about the group “130 niggers less to be feeded”: “Dear User, we have verified our report and the group has not been closed. Please make a better check and, if need be, report us any posts and images supposed to infringe Facebook's regulations.” My report was originated from the picture of a black young man floating dead face down in the sea. Someone had commented the picture: “Who's cleaning now...?”

Lullaby, my own pretty baby,
Sleep with the others deep in the sea
Wake on your little brother's day
Who saw you disappear that night.

May this sky now empty of stars
Furn for ever in my sorrow
For your absence and for my fault,
With my permission I saw you leave. 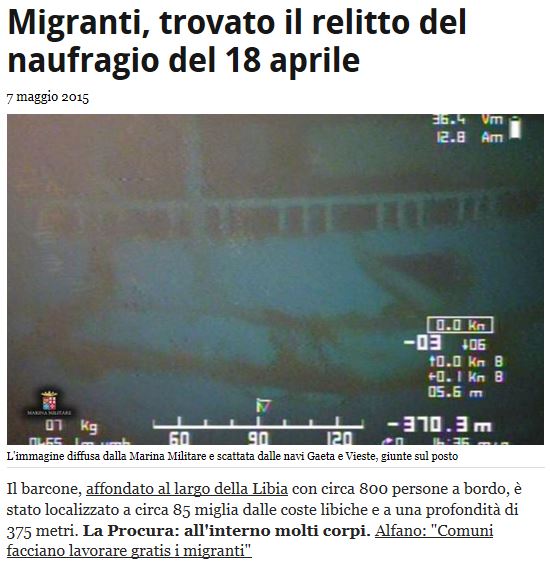