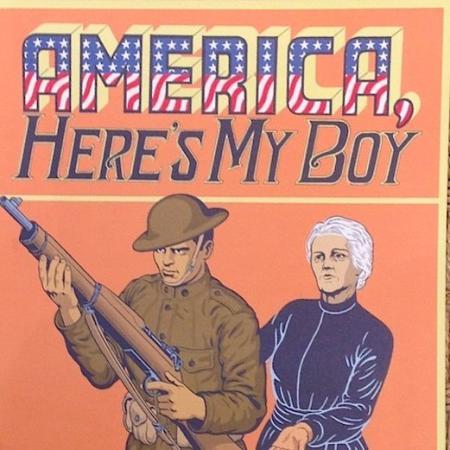 I taught him to say words and stand up on his feet
I held his tiny hand as we crossed the street
I told him that his days should be sown with joy
America, here's my boy

We watched them play soldiers out on the schoolyard
Pretending that the enemy was nothing like we are
With glory for the hero whose weapon's just a toy
America, here's my boy