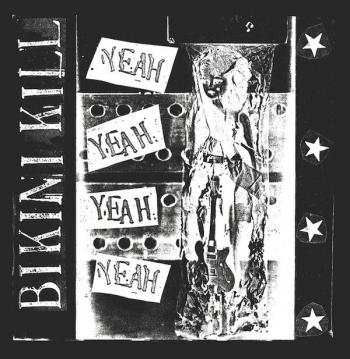 [Kathleen Hanna]
Uh huh, how do they ask for it?

[Male voice]
The way they act, the way they
I... I can't say they way they dress because
That's their own personal choice
But some of these dumb hoes
Slut rocker bitches walking down the street
They're asking for it, they may deny it but it's true

Lay me spread eagle out on your hill, yeah
Then write a book on how I wanted to die
It's hard to talk with your dick in my mouth
I will try to scream in pain a little nicer next time

I'm so sorry if I'm alienating some of you
Your whole fucking culture alienates me
I can not scream from pain down here on my knees
I'm so sorry that I think! 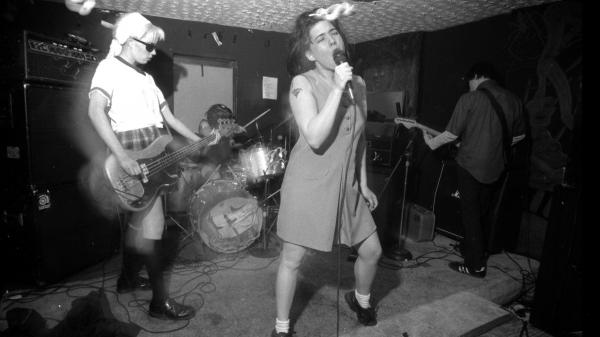 BECAUSE viewing our work as being connected to our girlfriends-politics-real lives is essential if we are gonna figure out how what we are doing impacts, reflects, perpetuates, or DISRUPTS the status quo

BECAUSE we don't wanna assimilate to someone else's (boy) standards of what is or isn't good music or punk rock or good writing and thus need to create forums where we can recreate, destroy and define our own visions

BECAUSE we know that life is much more than physical survival and are patently aware that the punk rock "you can do anything" idea is crucial to the coming angry grrrl rock revolution which seeks to save the psychic and cultural lives of girls and women everywhere, according to their own terms, not ours

BECAUSE we are interested in creating non-heirarchical ways of being AND making music, friends, and scenes based on communication + understanding, instead of competition + good/bad categorizations

BECAUSE doing/reading/seeing/hearing cool things that validate and challenge us can help us gain the strength and sense of community we need in order to figure out how bullshit like racism, able-bodieism, ageism, speciesism, classism, thinism, sexism, anti-semitism and heterosexism figures in our own lives

BECAUSE we hate capitalism in all its forms and see our main goal as sharing information and staying alive, instead of making profits or being cool according to traditional standards

BECAUSE we are angry at a society that tells us Girl = Dumb, Girl = Bad, Girl = Weak

BECAUSE self-defeating behaviors, like fucking boys without condoms, drinking to excess, ignoring true-soul girlfriends, belittling ourselves and other girls, would not be so easy if we lived in communities where we felt loved, and wanted, and valued

BECAUSE I believe with my wholeheartmindbody that girls constitute a revolutionary soul force that can, and will change the world for real