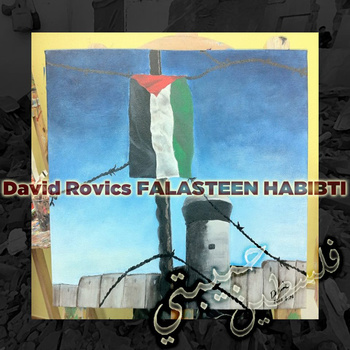 “Khader Adnan, Bobby Sands” talks about the Israeli policy of indefinite detention without trial of Palestinians. A similar policy on the part of the British occupation authorities in Northern Ireland was a major element in what fueled the growth of the IRA in the early 1970's. Many Palestinian and Irish activists are acutely aware of these parallels, as was Khader Adnan, who refused food almost until death, when Israel agreed to release him. For 66 days he didn't eat – which is exactly how long Bobby Stands was on hunger strike, leading to his early death.
Khader Adnan grew up near Jenin City
You could say he was a product of his time
Ever since he was a kid he'd get arrested
Though he was never charged with any crime
Spending half his life in prison
A life lived like so many of his friends
Arbitrary and indefinite detention
Never knowing if your jail time would end
Khader Adnan was arrested last December
Again he wasn't told the reason why
He was shackled, he was beaten, he was tortured
There beneath the Middle Eastern sky
Perhaps there was a moment when he realized
That right then, with his body, he'd say no
But from then on he refused to eat another meal
Like in Belfast not many years ago

Khader Adnan grew up in a war zone
But all the tanks and planes were only on one side
It was a type of war that they call occupation Settlement, removal, fratricide
And anyone who talked about resistance
Who thought they did not deserve to be a slave
Would be looking down the barrel of a gun
And often find themselves inside an early grave
Khader Adnan loves his wife and daughters
And he likes to eat his daily bread
But in prison he can't see his children
Or live life with the lady that he wed
So on behalf of all the children without fathers
He decided he had to strike a blow
He said I will have dignity or death
Like in Belfast not many years ago