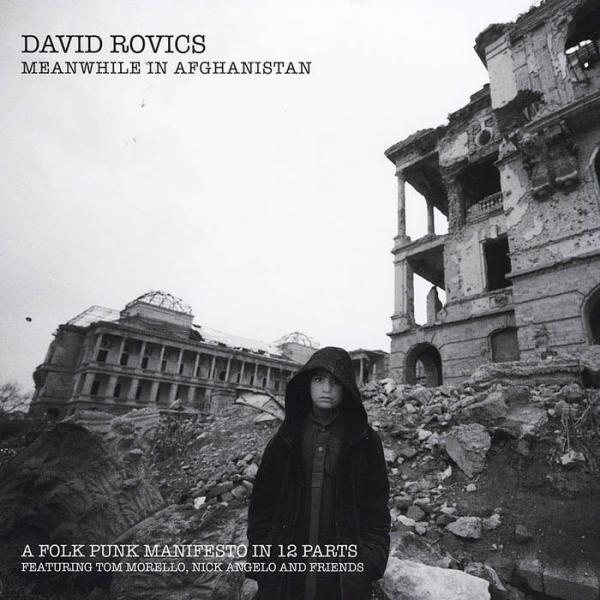 They grew up among the bombs of the occupation
Bulldozed houses, that was the situation
Refugee camps, Khan Yunus and Shatila
Children gunned down in the Intifada
Poverty and hunger, a place to slowly die
These five men decided at least they had to try
From their homes in Texas to the stateless nation
They started up the Holy Land Foundation

They sent food and medicine, that's all they ever did
Aside from sending toys for little kids
Feed the hungry, they say that's a good deed
But apparently it all depends on who you want to feed
If they're living in the ghettos under IDF command
If they think they don't deserve to starve in their homeland
If Sharon says all that's theirs is mine
If they're from a place called Palestine

The Holy Land is crying out
Leaving little room for doubt
From ruined homes the kids ask you
What in the world will you do?

They sent money to the Zakat Committees
The same ones funded by USAID
But these were Arabs aiding Palestinians
They opposed the occupation and they were Muslims
Their phones were tapped for years but nothing could be found
So with an executive order Bush shut them down
Freezing all their funds, taking food from kids
That's exactly what the US government did

These men supports Hamas, the government proclaimed
Although they couldn't find a cent sent in their name
But they had evidence, for the first time in a court
An anonymous Israeli would submit his report
Behind a veil with no rights to cross-examination
He could smell Hamas, this was his explanation
First the jury hung, so they tried them again
And for feeding hungry people they were sent to prison

Now five men are in cells, no one knows what for
Every Muslim an unindicted co-conspirator
Be careful what you say, be wary what you hear
Or end up in a CMU for 65 years
Cut off from the world, held in a little box
Back home kids are getting shot for throwing rocks
No one stops the charities sending money for tanks
For illegal settlements all over the West Bank

This is justice in America, if you didn't know it now you do
And a retrial was denied, I should mention that, too
A retrial was denied and who knows who's next to go
To be tortured in a Little Guantanamo
The Constitution's suspended, they just haven't let us know
It's easier that way, just say it isn't so
The Holy Land Foundation, you know it's true
They did what all of us should do