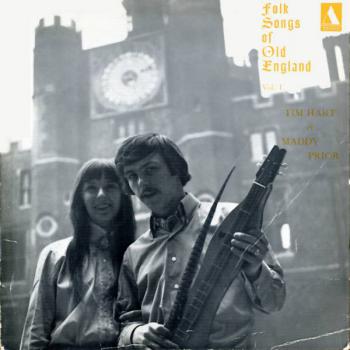 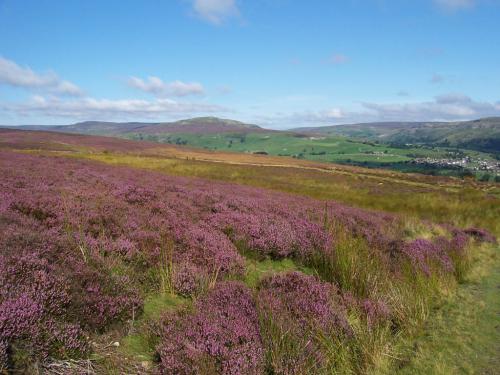 I've wrowt i' Leeds an' Huthersfel',
An' addled (2) honest brass;
I' Bradforth, Keighley, Rotherham,
I've kept my barns an' lass.
I've travelled all three Ridin's round,
And once I went to sea:
Frae forges, mills, an' coalin' boats,
Gooid Lord, deliver me!‎

It's hard when folks can't find their work
Where they've been bred and born.
When I was young I always thought
I'd bide amidst fruits and corn.
But I've been forced to work in town
So here's my litany:
From Hull and Halifax and Hell,
Good Lord, deliver me!‎

When I was courting Mary Jane
The old squire, he says to me,
‎“I've got no rooms for wedded folk;
Choose whether to go or to stay.”
I could not give up the girl I loved
So to town I was forced to flee:
From Hull and Halifax and Hell,
Good Lord, deliver me!‎

I've worked in Leeds and Huddersfield
And I've earned some honest brass.
In Bradford, Keighley, Rotherham
I've kept my bairns and lass.
I've travelled all three Ridings round
And once I went to sea:
From forges, mills and coaling boats,
Good Lord, deliver me!‎

I've walked at night through Sheffield lanes
T'was just like being in hell.
Where furnaces thrust out tongues of fire
And roared like the wind on the fell.
I've sammed up coals in Barnsley pit
With muck up to my knee:
From Barnsley, Sheffield, Rotherham,
Good Lord, deliver me!‎

I've seen fog creep across Leeds bridge
As thick as the bastile soup.
I've lived where folks were stowed away
Like rabbits in a coop.
I've seen snow float down Bradford Beck
As black as ebony:
From Hunslet, Holbeck, Wibsey Stack,
Good Lord, deliver me!‎

But now that all our children have gone
To the country we've come back.
There's forty miles of heathery moor
‎'Twixt us and the coal-pit stack.
And as I sit by the fire at night
I laugh and shout with glee:
From Hull and Halifax and Hell,
The Good Lord delivered me.‎

‎
There is a Proverbe, and a prayer withall,
That we may not to these strange places fall,
From Hull, from Halifax, from Hell, 'tis thus,
From all these three, Good Lord deliver us.
This praying proverb's meaning to set down,
Men do not wish deliverance from the Town:
The towns named Kingston, Hull's furious River:
And from Hull's dangers, I say Lord deliver.
At Halifax, the law so sharp doth deal,
That whoso more than 13 Pence doth steal,
They have a jyn that wondrous quick and well,
Sends thieves all headless unto Heav'n or Hell.
From Hell each man says, Lord deliver me,
Because from Hell can no redemption be:
Men may escape from Hull and Halifax,
But sure in Hell there is a heavier tax,
Let each one for themselves in this agree,
And pray, from Hell good Lord deliver me.
‎