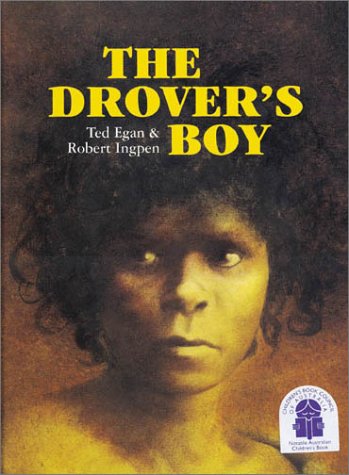 ‎"Up to around 1940 much of the work on frontier cattle stations in northern Australia was ‎performed by Aboriginal women. They did most of the domestic work, but many of them also ‎worked as "stockmen" as they called themselves, and they made a marvelous contribution to the ‎pastoral industry. Some worked as drovers, taking cattle on long trips interstate.‎
Because there had been so much ill-treatment and exploitation of Aboriginals, laws were passed ‎preventing non-Aboriginal men from 'being in the company of Aboriginal women'. Marriage or ‎association was only possible if permission was given by the Chief Protector of Aboriginals. Often ‎Aboriginal women were dressed as 'boys' to defy these laws. More often than not this was ‎implemented by ruthless men or companies who virtually enslaved the women, exploiting them ‎sexually and economically. But sometimes, in a union based on love, the women were happy to ‎participate in the masquerade…” (Ted Egan)‎ 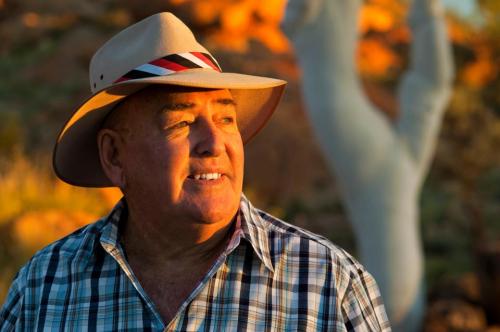 ‎“Fino agli anni 40 molto del lavoro nelle fattorie del nord Australia fu svolto da donne aborigene. ‎Facevano soprattutto lavori domestici ma molte di loro lavoravano come guardiani del bestiame o ‎addirittura come mandriani, guidando il bestiame nei lunghi spostamenti. Queste donne hanno dato ‎un meraviglioso costributo all’industria dell’allevamento in Australia.‎
Siccome gli aborigeni erano largamente sfruttati, schiavizzati, ed erano per questo anche affetti da ‎malattie [da denutrizione e maltrattamento], il Governo australiano vietava ai maschi bianchi di ‎accompagnarsi a donne aborigene. Matrimonio e convivenza erano possibili solo con ‎l’autorizzazione del ‘Chief Protector of Aboriginals’ [autorità corrispondente all’‘Ufficio per gli ‎Affari Indiani’ statunitense]. Le donne aborigene che lavoravano nelle fattorie spesso aggiravano il ‎divieto travestendosi da uomini. Il ‘ragazzo del mandriano’ [‘drover’ è in Australia colui che negli ‎USA è il ‘cow-boy’] era quindi molto spesso una ragazza, e spesso era una schiava, in senso ‎sessuale ed economico. Qualche volta però il rapporto col ‘drover’ era di autentico amore oltre che ‎di condivisione del duro lavoro con gli animali…”‎
They couldn't understand why the drover cried
As they buried the drover's boy,
For the drover had always seemed so hard
To the men in his employ,
A bolting horse, a stirrup lost
And the drover's boy was dead.
The shovelled dirt and a mumbled word
And it's back to the road ahead
And forget about the drover's boy.
‎
They couldn't understand why the drover cut
A lock of the dead boy's hair.
He put it in the band of his battered old hat
As they watched him standing there.
He told them "Take the cattle on
I'll sit with the boy awhile"
A silent thought, a pipe to smoke
And it's ride another mile
And forget about the drover's boy.
‎
They couldn't make out why the drover and the boy
Always camped so far away,
For the tall white man and the slim black boy
Had never had much to say
And the boy would be gone at break of dawn
Tail the horses, carry on
While the drover roused the sleeping man
‎"Daylight - hit the road again"
And follow the drover's boy
Follow the drover's boy…
‎
In the Camooweal pub they talked about
The death of the drover's boy.
They drank their rum with the stranger who'd come
From the Kimberley run, Fitzroy
And he told of the massacre in the west
Barest detail, guess the rest
Shoot the bucks, grab a gin
Cut her hair, break her in
And call her a boy, the drover's boy,
And call her a boy, the drover's boy…
‎
So when they build that Stockman's Hall of Fame
And they talk about the droving game;
Remember the girl who was bedmate and guide
Rode with the drover side by side
Watched the bullocks flayed the hide
Faithful wife, but never a bride
Bred his sons for the cattle runs
Don't weep for the drover's boy
Don't mourn for the drover's boy
But don't forget ... the drover's boy…