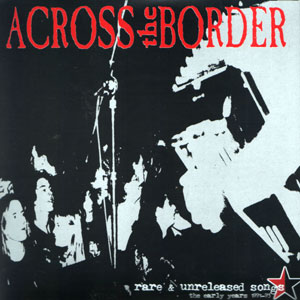 Our young boy loves his girl, they made love on the floor
while the clouds came for the sun and a letter through the door and they call him to the army
gave a weapon in his hand
put the stones out of the fire for your American friend
his mother in the TV- room, she wanna see the bloody heads
but the army censored the pictures of the 1000 civil-deads
so it was to boring for her
now she looks dallas, something else, through the whole fuckin' night
his father was a repected man and he works in a factory
they produces death in pieces and the sent it to the enemy
the government they close two eyes
and they don't ask any questions
cause they love money much more than the lost bringing sanctions
and our young boy saw a hell, yes he never saw before
while the world believes a murder: "it's a clean high- tech war"
but much to late he saw this lie and much to late his enemy
and he died by a weapon which was made in Germany and he died by a weapon which was made in Germany