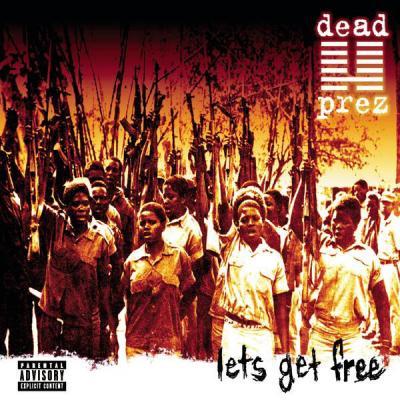 C’è un po’ di dietrologia e complottismo in questa canzone (vedi soprattutto che Bob Marley ‎sarebbe stato ucciso e così pure Ron Brown, il primo afroamericano a diventare ministro del ‎commercio del governo federale, perito in un incidente aereo nel 1996) ma per il resto affronta a ‎‎360° il tema del controllo e della repressione nella società americana.‎
Il brano si conclude con la citazione di un discorso di Huey P. Newton, fondatore delle Black ‎Panthers, ucciso da uno spacciatore nel 1989.‎
‎[News]
‎"Let me now turn, to our program for the future..."
‎"The economy right now, is extremely supportive of the President and his policies"
‎"FBI scientists have found chemical traces, consistent with a bomb or a missle, on a piece of ‎wreckage..."
‎"Police using clubs and tear gas against demonstrators..."
‎"They called me a mother fucking so-and-so... and a white facist.. .like they said, 'You're getting ‎some of your own medicine'..."
‎
Telling lies, to our children
Telling lies, to our children
Telling lies, to our babies
Only truth, can take us...
‎
You can't fool all the people all of the time
But if you fool the right ones, then the rest will fall behind
Tell me who's got control of your mind? Your world view?
Is it the news or the movie you're taking your girl to? (uh)
Know what I'm sayin cause Uncle Sam got a plan
If you examine what they tellin’ us then you will understand
What they plantin’ in the seeds of the next generation
Feeding our children miseducation
No one knows if there's UFO's or any life on Mars
Or what they do when they up in the stars
Because I don't believe a word of what the President said
He filling our head with lies got us hypnotised
When he be speaking in code words about crime and poverty
Drugs, welfare, prisons, guns and robbery
It really means us, there's no excuse for the slander
But what's good for the goose, is still good for the gander
See...
‎
I don't believe Bob Marley died from cancer
‎31 years ago I woulda been a Panther
They killed Huey cause they knew he had the answer
The views that you see in the news is Propaganda
‎
I don't want no computer chip in my arm
I don't wanna die by a nuclear bomb
I say we all rush the Pentagon, pull out guns
And grab the Intercom, my first word's will be I believe
Man made god, outta ignorance and fear
If God made man, then why the hell would he put us here?
I thought he's supposed to be the all loving
The same God who let Hitler put the jews in the oven
We don't fall for the regular shit, they try to feed us
All this half-ass leadership, flippin’ position
They turn politician and shut the hell up and follow tradition
For your TV screen, is telling lies to your vision
Every channel got some brainwashed cop shit to watch
Running up in niggas cribs claiming that they heard shots
It's a plot, but busta can you tell me who's greedier?
Big corporations, the pigs or the media?
Sign of the times, terrorism on the rise
Commercial airplanes, falling out the sky like flies
Make me wonder what secrets went down with Ron Brown
Who burnt churches to the ground with no evidence found?
It's not coincidence, it's been too many studied incidents
It coulda been the Klan who put that bomb at the Olympics
But it probably was the FBI, deep at the call
Cause if they make us all panic then they can start martial law
‎
Police is telling lies fooling millions
What are they teaching our kids in these school buildings?
Televised, enterprised in all the killing
Controlling our lives, this ain't living
No this ain't living
‎
FBI, CIA
ATF, KKK
IRS, TNT
CBS, NBC
‎
‎[Huey P. Newton]
‎ “We view each other with a great love and a great understanding and we try to extend this to ‎the general black population and also oppressed people all over the world. I think that we differ ‎from some other groups simply because we understand the system better than most groups ‎understand the system. With this realization we attempt to form a strong political base based in the ‎community with the only strength that we have and thats the strength of a potentially destructive ‎force If we don’t get freedom.”‎