A very dark song inspired by the extreme essence of greed, the culture of poverty, found most often in neighborhoods inhabited by college students, yuppies, hookers and crackheads - and that's ONE neighborhood... 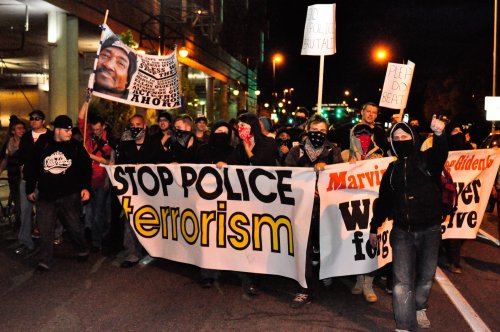 "This is a song I wrote while I was down and out, couch surfing, and while spending too much time observing the cold realities of life in the red light districts of South Federal Blvd. and East Colfax Ave. in Denver, Colorado, the "Queen City".
Why can't they understand that a strip club is about the last place I wanna' hear the name Jesus
Where the patrons only want to get loaded, worked up, blow their wads and spread diseases..
Maybe they don't really want to have a serious conversation about all of their personal problems...
About how they can't afford their life, about to lose their wife, their debt and how they've finally hit rock bottom...

Why would you go and act surprised
when you see in their eyes they're telling only lies to get something..

And the last thing on their minds
is to realize the reasons why you think they don't need nothing...

One side tells them to look death in the eye
to be cold and dry, not ask why and have no feelings

They don't want to look into your eyes
change their whole lives,
make commitments, don't give a damn for your needs but they're still calling

They just want a fantasy fulfilled so put on your clothes,
take your pill, and go back out to the valley of the fallen

Why can't they understand that the red light district is about the last place I wanna' go to buy medicine
Where the patrons only want to get something to calm them down from the intensity of the effects of their amphetamines
They know they're not sick, too young for Glaucoma, but they want to be legit with self-indulgence in the eyes of their hated government
They get their dope, their crack, their liquor, porn and their emotionally distraught sex victims all in one neighborhood
Does a medical patient fill a prescription just before a crack-hit, jerking off, then to the nearest bar to boast their useless manhood
Someone's got to float the economic vessel of that slowly dying begging bum, sitting slinging drugs just for the little bump your greedy ass will give him..
He sleeps outside your window every night hoping that you'll swallow your pride and again decide to let him inside to spend your money on him
Your love will wash her face with a tire-mark to look more dark because a sheep herd made it seem normal
So don't sit there and act surprised, like you lost your rights, when you catch her talking to another fool informal
The hypocrites will rationalize their expulsive binging while spewing lies of their faith in the system devised of their so-called people..

Slow black water ooze
Just shut the fuck up and fill the cup with more boo's...