In the Name of Genocide 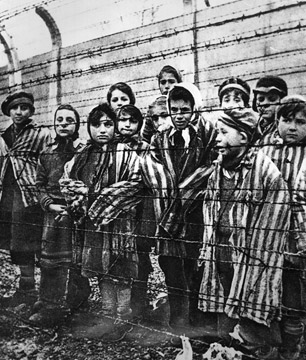 "Genocide is the most despicable way of killing possibly imaginable and I wish I could stop it with these lyrics, but I doubt myself...
This is a song/poem I wrote about a person from a consumerist’s stand-point, going through a possible genocide, and how racial, national, religious ethnicity has been wiped out.
There are websites that will help you understand and become aware of genocide around, past and present:
www.genocidewatch.com : You can be updated on information about genocide.
www.genocideintervention.net : You can learn about how The Genocide Intervention Network is helping communities and individuals with tools to stop and prevent genocide.
www.amnesty.org : You can learn about the worlds' human rights and help change and stop human rights abuse.

I also hope that anyone who see's this, songwriter, artist, or you are just looking through this website, become inspired to do anything that gives them the passion to do write, or draw or paint or make a song about genocide, war , slavery , child soldiers or any social issue.
Genocide…

Do you see what I see?
Just look into my eyes
I tell you now, a truth you'll hold,
I speak to you no lies

Rape, murder, and torture
While blood runs through the skies
They burned many towns and cities
In the name of genocide

Genocide is the deliberate, intentional and systematic murder or destruction of a racial, ethnical, national or religious group, whole or in part.

My family: gone
My friends: all dead
Just like me inside
They said we can run
All we want
But just know you can never hide
Thundering stomps
All through the streets
With their guns and knives
As they called from a list
of who they'll kill
As we feared for our lives

Now do you see
What I see?
You've just looked into my eyes
I’ve told you know
The truth you'll hold
I've spoken to you no lies
I have escaped these now places of ruin
Screams and death run through my mind
Race, Ethnicity, Nationalism & Religion
All on their hit list in the name of genocide