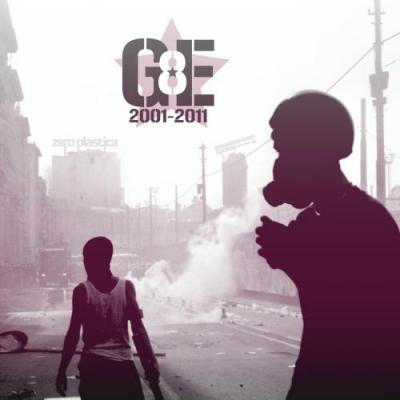 [Nio]- They drank our blood, extracted that from our streets with pitch black gloves and faces hidden by masks \ It was a hot summer dominated by the heat and by the red zone separated from the yellow one \ Genova was waiting for thousands people from Italy and many other countries, white hands in the air but, were days of urban warfare, my city raped by the infamy army, it's been kicked in the face by plainclothes executioners who have fabricated evidence to break every law \ blood-red walls \ molotov and iron-bars between burning sheets and armored conscience \ stored practices, hierarchs have been promoted \ only people that have been paying have been the city and demonstrators \ fragments of reality planted into the eyes of a mother \ Truth and Justice suppressed for ten years...


Click clack!
Uniforms in the city
They walk the streets wearing gas masks,
peddling the truth
but the reality is different
and Genoa knows that!

[Lure]- What you saw on tv is true, clubs on faces, boots on backs, and it no longer matters if Genoa still suffers. Scars permanent on the city's face \ Time goes by, but the names of policemen and politicians remain in our memory \ it's not enough to see them in a courtroom, nobody will pay for the blood in our streets \ beating the white suits with batons, kicking the faces of young people with raised hands \ my city armed for war behind the shipping containers, cin-cin at Palazzo Ducale and snipers on the roofs \ justice died at the hands of the police, clubbed and tortured at Bolzaneto and at the Diaz classrooms \ those who believe the lies behind those days, must reflect back the image of someone's son on the ground with a bullet between his eyes...