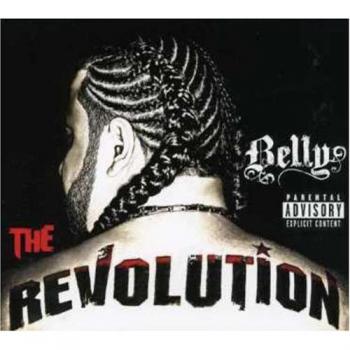 The Revolution is the debut studio album by Canadian rapper Belly which was released on June 5, 2007 in Canada on Capital Prophets Records Inc.. In this track he tries to explain his views about the Israeli-Palestinian conflict and the War in Iraq.. 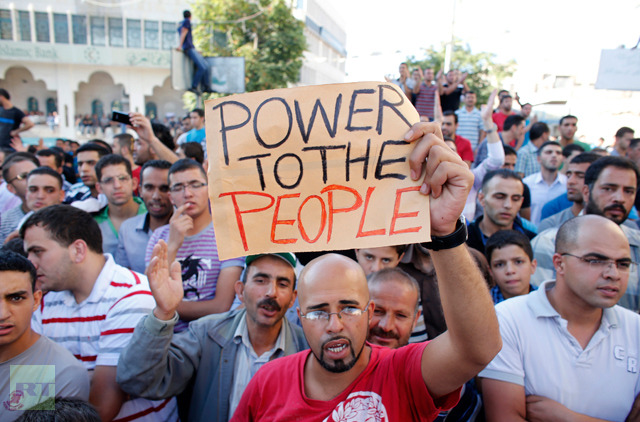 The Middle East
Let's go,.. Yea.
I got a lot of shit on my chest.
A lot of weight on my shoulders.
Too much shit on my mind.
I gotta let it out. My people need me…

Look. Me, Eighty Four (1984) I was born in a war-torn corner.
Jenin, Phaliastine (Palestine) where the bombs stomped on us
Tried to escape but they never forewarned us
We'd end up with the weight of the whole world on us
What's the difference between peace and war,
You can make war from peace, but not peace from war
Man, why you think they teach us for
What the speech is for
Can't nobody fuckin' speak no more
Now I'm getting to the point I can't breath no more.
'cause all I ever read is disease and war
Young soldiers die before their seeds are born
They go back and forth,
Like somebody's keeping score
And if I know, (and if I know)
That mean that somebody else know
If we all know that don't mean that helps close
I want peace I guess that makes me a dreamer,
This is for the victims of the Middle East and Katrina..

Do we deserve this
Is it worth it
Why the fuck they got us feeling like we worthless
They do it on purpose and it's workin'
Hey, I ain't tryna say that we perfect

We ain't asking you to love us
Stop tryna judge us
Who made the decision to go ahead and say fuck us
But you seeing them hover
No matter how high
Them warplanes fly
God's above 'em
What happened to Palestinian right,
Lebanese freedom
Or war aimed at civilian life
Building get shot down, children goin' fight
Millions watch but they keep on killing despite
I'm watching daughters' cry
Over father that die..
Hit the power plants,
No power, No water supply
Forget the lies; this is when the truth comes in
They hit airports and ports so no food comes in
Mind spinnin' as the worlds revolvin'
Right now we teaching our kids
if there's problems only war can solve it
Truth or dare, tell the truth I dare
Discount boys with toys, like they who to a mayor
There's people out there too broke to give us their two cents
I speak for them
If you relate I speak for you too then
They say peace,
but we don't have a clue when
How we let them drop bombs on the UN
Tears trickle down my face
This is a war on my race
So don't expect me to fall in my place
Think of the kids, they can't be replaced
It's a disgrace
Over one million civilians displaced
Tryna hold back the cries, one hand on his mouth
His Paps died at eleven, he the man of no house
Ain't no plannin' it out
This is what this land is about
And he'll be damned if he let them kick his family out
I've seen it..
Am I dreamin' ?
They call us names, when they acting like extremists
They left us in pieces
That's not what peace is
That's not the teachings of Mohamed, Moses, Jesus…


What happened to our History
All the good we've done
Y'all base your opinion on us,
based on what 2% of the religion thinks
or the race thinks
We lost a million civilians in Iraq..

That's more people than any terrorists strike ever took
We lost more American soldiers
then we did innocent lives on September 11th..
How does that equal out
And its all for oil, money,
political gain,
Damn

What happened to being civilized people
Were all a civilization, aren't we?
For all the people that lost their lives in Iraq,
Palestine,.. Lebanon, or anywhere else across the world
This is for you..