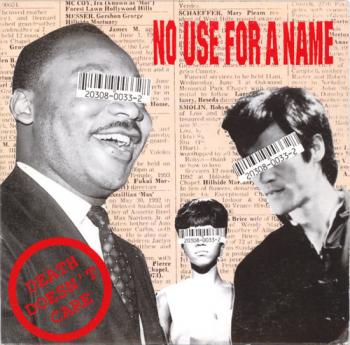 So many people try to do things for themselves
So many heroes should be taken off the shelf
Go see a movie, so far from our reality
Cue up the line to see people hurt and bleed

We don't fly the only flag on the earch
And as our brothers die they inherit the dirt
A while back they were chanting "kill sadam"
But death doesn't care what side you're on
What side you're on...

Your oldest brother never came back from the war
You had some brothers that you never knew before
So many died, so many T.V.'s lied
the tears they cried, was it really worth your pride?
Here comes the war choose your weapon, choose a side
A million children that we can horrify
We spend our money on ammo, tanks and guns
No cash for education, try to blame it all on drugs
A drunken man has to get his Thursday fill
A brainwashed soldier has to get his daily kill
Die how you want cause either way you lose
And death doesn't care so it's up to you to choose.