Victim of a Chemical Spillage

War on Earth
1990
In Defence Of Our Earth 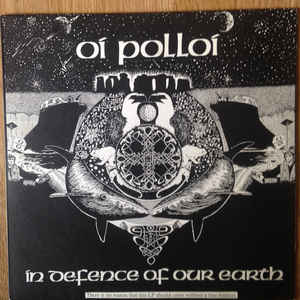 Victim of a chemical spillage

Never forget that one thing that motivates big business is profit. As far as the multinationals are concerned, there is nothing that they will not destroy in their insane drive for increased takings: forests, meadows, rivers, the sea - even their own employees are all seen as expedable. This kind of omnicidal madness is killing our Earth and can only be stopped by mass direct action. Anyone who advocates this of course is branded as an extremist - Yet what could be more extreme than the mass poisoning and polluting of our planet, the destruction of huge areas of rainforest and the wholesale slaughter to extinction of vast numbers of species of animals? It's time to stand up and be counted - If you're not part of the solution. You're part of problem.
No compromise on defence of our Earth