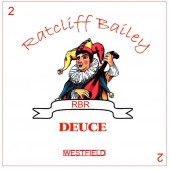 On that fateful day,
When the leaders of the world have one thing to say
bombs away!

but they'll try to pass the b.s.
Saying it's good for you and its good for me
Hell, it's even good for the economy !
arrivederci!


I've led you, I've misled you
Now I must leave you
Holding the bag

Take cover in your basement
While our nukes play a game of no-win tag
Let your last thoughts be of freedom
and of the American Flag!