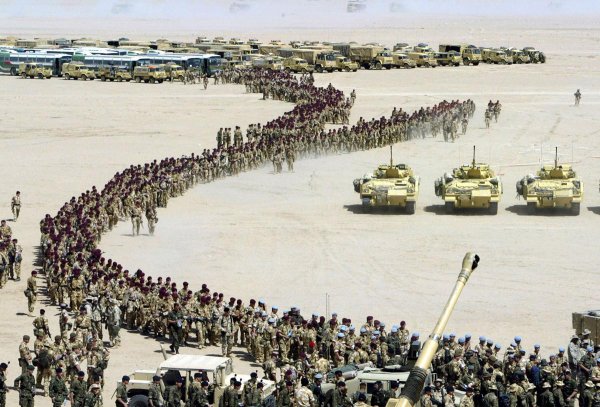 
‎[1991] A British soldier who went absent without leave because he did not believe in allied war ‎aims in the Gulf gave himself up to military authorities in London yesterday, writes John McGhie. ‎After 72 days on the run, dodging military police to give impromptu speeches at anti-war meetings, ‎Lance Corporal Vic Williams handed himself in at the Royal Military Police HQ at Rochester Row.‎
L/Cpl Williams, a single man aged 28, went absent from his base in Dortmund, Germany, on 28 ‎December, the day his unit from the 27th Field Regiment, Royal Artillery, was due to fly to Saudi ‎Arabia. His explanation for going Awol - legally different from deserting, which carries a higher ‎penalty in the army - was a growing disenchantment with the reasons for going to the Gulf.‎
‎'It seemed to me that the US and Britain were using their soldiers as mercenaries to support a family ‎dynasty in the Middle East. I had no qualms about dying for my country if it was under direct ‎threat, but flying 2,000 miles across the Mediterranean to fight for a foreign business concern did ‎not seem to come under that category,' he said before giving himself up. L/Cpl Williams, who has ‎been in the army for five years, thinks the military may make an example of him and punish him ‎severely. ‎
Although the Ministry of Defence has said L/Cpl Williams is the only regular serviceman to have ‎gone Awol during the Gulf conflict for political reasons, he says there are 'dozens' more hiding in ‎Britain and Germany. (Observer, 10 Mar) (fonte: ‎‎MySongBook)‎
Not for me
One two three four
Not for me not anymore ‎

Me name is Vic Williams, I was a soldier to the Queen
I joined up to defend me country in me teens
Not to do whatever they tell you, wherever they draw the line
For the ruling class in Ulster or the capital on the Rhine ‎

They charged me with desertion but I never ran away
The officers gave me orders that me conscience couldn't obey
So I stood up, I spoke out and when the war was done
I went back to Woolwich Barracks 'cos' I wouldn't live on the run ‎

Me name is Vic Williams, I was a soldier to the Queen
But I didn't know the half of it when I was in my teens
The enemy ain't the other side wherever they draw the line
The enemy is the ruling class who draw the bloody line ‎