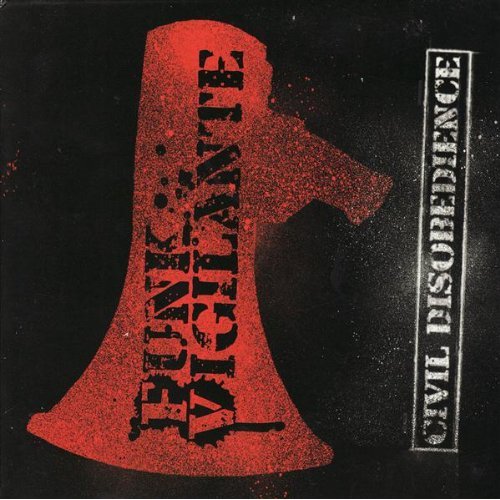 Hey, Mr President..
Well, let me tell you a story about a boy named George
White male Christian American born and raised
in Texas, blessed with a wealthy home
he was in this secret club called skull and bones..

Now maybe his grades weren't the greatest
and he ruined every business he operated
Cocaine got him in a little trouble with the law,
but that's OK, his daddy helped get him a job..

Diebold riggin' the polls and bringin' the worst
and don't forget you heard on Fox news first
But what did you expect? It's an election
it's not some kind of popularity contest

I swear to God he's retarded
He can barely speak English
How did this dick ever get to be President to begin with?
Idiot in chief acting thinkin' he's above the law
Did everything short of
killing a baby on the White House lawn..

And got off scot-free never faced prosecution
while he's wiping his ass with the Constitution
Replacing propaganda in the place of fact
and who would of thought he'd be a homicidal maniac..

Killed hundreds and thousands,
maybe a million
innocent civilians,
women and children,
Ran up trillions in debt
and let's forget
the WMD's
(Did they find them yet?)

Or was that just one of dubya's conspiracy theories
Now he says Iran has a nuclear program (Oh, really)
you'll forgive me if I don't believe a word you say
like a detainee from Guantanamo Bay..

Dick Mixing politics with religion
the Patriot act is an attack on patriotism
You got FEMA, katrina, and I could go on
But the dudes done more shit than I can fit in one song..

So if you set out to be a traitor and a jerk
and the most miserable failure on the face the Earth
and make the place worse the whole term your in office
then I'm thinkin' it's safe to say mission accomplished..

Patriotic dissent representing the truth
We gotta know: Is our children learning yet?
They say: "Fool me once, shame on... shame on you"
You fool me you can't get fooled again..

So Obama I'm talking directly to you
now we can tell when a neocon's dressed in blue
So watchoo gonna do? The whole world is watching
Are you gonna step up and just stop this nonsense?

Come on, let's move on and look forward
to the future and a brighter tomorrow
'cause the free people will never ever be defeated
and this may be self-evident, but it should be repeated:

I propose a toast to the party
Come on raise those glasses up everybody
Let's drink to a new millennium
The first 9 years? Nah, I never heard of 'em

So here's to the end of oil and drug wars
here's to robbin' the rich and givin' back to the poor
Here's to an informed public and a responsible press
and here's to thinking twice about who we elect..

Cheers to anyone who stood up on the front line
Cheers to everyone who ever held a protest sign
Cheers to all of these heroes all throughout history
who fought for what's right in the face of stupidity..

Here's to taking the power back from these dicks
Like they did in 1776
Here's to leaving these middle eastern people be
and last but not least here's to being free..

Everybody in the world get ready to celebrate
'cause we be looking forward to better days
Hey Bush! Guess what? time's up, your term is over
there's never gonna be a fucking new world order..

"In the court of public opinion the defendant George W. Bush
has been convicted of being,
the worst president in all of recorded history
Consider yourself retro-actively impeached
you piece of shit traitor
Fuck you