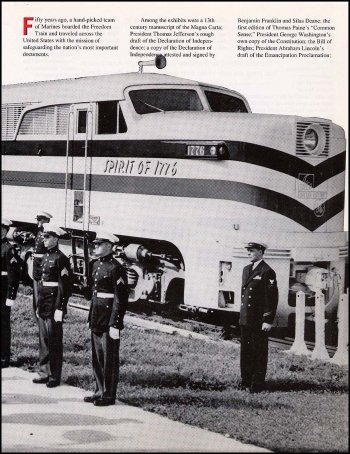 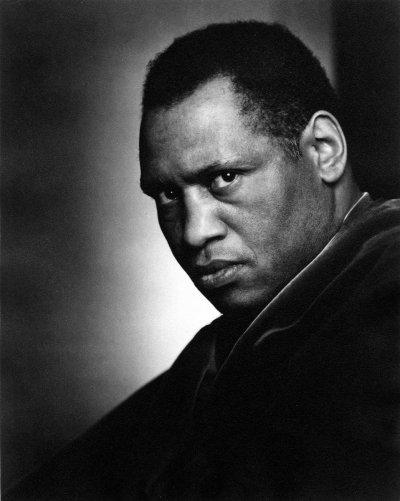 The Birmingham station's marked COLORED and WHITE.‎
The white folks go left
The colored go right.‎
They even got a segregated lane.‎
Is that the way to get aboard the Freedom Train?‎

If my children ask me, “Daddy, please explain
Why a Jim Crow stations for the Freedom Train?”‎
What shall I tell my children?‎
You tell me, cause freedom ain't freedom when a man ain't free.‎
My brother named Jimmy died at Anzio
He died for real, and it wasn't no show.‎
Is this here freedom on the Freedom Train really freedom or a show again?‎
Now let the Freedom Train come zooming down the track ‎
Gleaming in the sunlight for white and black
Not stoppin' at no stations marked COLORED nor WHITE,‎
Just stoppin' in the fields in the broad daylight,‎
Stoppin' in the country in the wide-open air
Where there never was a Jim Crow sign nowhere,‎
And No Lilly-White Committees, politicians of note,‎
Nor poll tax layer through which colored can't vote
And there won't be no kinda color lines
The Freedom Train will be yours‎
And mine.‎
Then maybe from their graves in Anzio
Black men and white will say, “We want it so!‎
Black men and white will say, Ain't it fine?‎
At home they got a Freedom train,‎
A Freedom train,‎
That's yours and mine!”‎