Praise the Lord and Pass the Ammunition 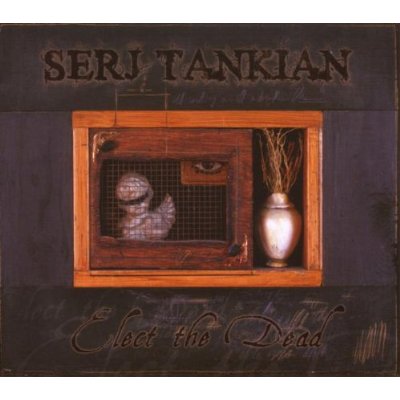 "Praise the Lord and Pass the Ammunition" was an American patriotic song written by Frank Loesser and published as sheet music in 1942 by Famous Music Corp. The song was a response to the attack on Pearl Harbor that marked United States involvement in World War II. It described a chaplain ("Sky pilot") being with some fighting men who are under attack from an enemy.. He was asked to say a prayer for the men who were engaged in firing at the oncoming planes. The chaplain puts down his Bible, mans one of the ship's gun turrets and began firing back, saying, "Praise the Lord and pass the ammunition".
According to writer Jack S. McDowall, the famous phrase is generally credited to "A Chaplain," said to be manning the guns of a ship under attack. "This [sic] was not true," says McDowall. For some time, long after Pearl Harbor, stories and reports surfaced about an incident involving this apocryphal "Sky pilot", who was said to have uttered the words "Praise the Lord and pass the ammunition".
The stories eventually made their way through the servicemen and back to the press. This, as McDowell noted, led some writers to erroneously identify other chaplains as author of the phrase. Nonetheless, the real chaplain, Howell Forgy, was aboard the USS New Orleans during the Japanese attack. He was a Lieutenant (j.g.) that Sunday morning in December, 1941.
An officer in charge of an ammunition line on the USS New Orleans during the attack said that, "I heard a voice behind me saying, 'Praise the Lord and pass the ammunition.' I turned and saw Chaplain Forgy walking toward me, along the line of men. He was patting them on the back and making that remark to cheer and keep them going. I know it helped me a lot, too."
Another lieutenant said that thereafter, when the men heard the song, they would kid Chaplain Forgy about the role he played, encouraging him to set the record straight about who actually said what. According to the same officer the chaplain would decline, modestly claiming he felt, "... the episode should remain a legend, rather than be associated with any particular person." Author McDowell noted that reporters eventually were permitted to interview the men of the USS New Orleans involved in the "ammunition" story. Chaplain Forgy's superior officers set up a meeting with members of the press and at last, the real story of the song and the man who had inspired it was confirmed.
Forgy appeared on the game show I've Got a Secret in an episode that originally aired May 18, 1955, and recalled the story to host Ralph Bellamy as follows:
Well, I was stationed aboard the USS New Orleans, and we were tied up at 1010 dock in Pearl Harbor when we attacked again. We were having a turbine lifted, and all of our electrical power wasn't on, and so when we went to lift the ammunition by the hoist, we had to form lines of men — form a bucket brigade — and we began to carry the ammunition up through the quarterdeck into the gurneys, and I stood there and directed some of the boys down the port side and some down the starboard side, and as they were getting a little tired, I just happened to say, "Praise the Lord and pass the ammunition". That's all there was to it.
According to his obituary in The New York Times of August 8, 1974, the singer who introduced the song to a popular audience was Robert Rounseville.
Based on the title of the song and the events that inspired it, American Brandywine artist Walter De Maris (1877-1947) produced a painting of a Pilgrim who has just been shot at with an arrow reaching for his musket.
In 1942, a recording by The Merry Macs reached number 8 on the Billboard chart, and a version by The Jubalaires reached #10 on the R&B chart on November 14 of the same year. The 1943 version by Kay Kyser and His Orchestra reached number 1. A portion of the tune is sung while in the Superman cartoon "Jungle Drums" Hitler bows his head from news that Allied forces cut off a major assault of German U-boats. Loesser donated his royalties for sale of the song to the Navy Relief Society..
Come lay it down, won't you,
Come burn it down, can't you,
Lay it down, the guns above the ground
Come lay it down, won't you,
Come burn it down, can't you,
Lay it down, the guns above the ground

Come lay it down, won't you,
Come burn it down, can't you,
Lay it down, the guns above the ground
Won't you?

PRAISE THE LORD AND PASS THE AMMUNITION!

Praise the Lord, and swing into position
Can't afford to sit around a-wishin'
Praise The Lord, we're all between perdition
And the deep blue sea"

Yes, the sky pilot said it
You've got to give him credit
For a son-of-a-gun of a gunner was he
Shouting...