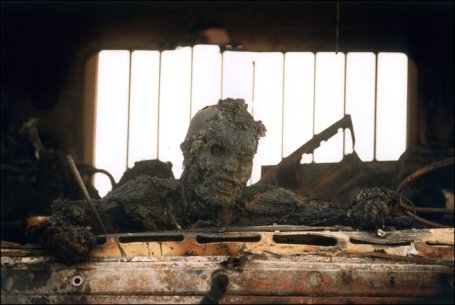 I was driving on a journey when I turned my radio on
Thinking to hear a story or some old familiar song
But all I heard were voices telling me a foreign war
They were counting Scuds and Patriots, they were telling me the score

They say the sands are filled with corpses and the wells are filled with blood
The snows on the distant mountains make many's the tiny shroud
The clouds are black as thunder, they do not hold sweet rain
There is only death and poison to fall to earth again

I've tried sandalwood and roses, I've tried eau de cologne as well
Calvin Klein, Chanel number 5, it cannot ease the smell
I've tried in every Body Shop I can find throughout the land
But the perfumes of Arabia will not sweeten this little hand.