Pray For The Dead And Fight Like Hell For The Living 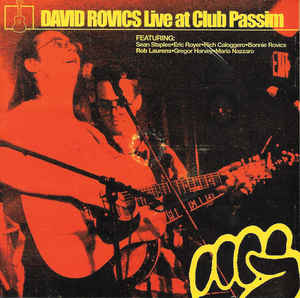 I'd like to dedicate this recording to the memory of Eric Mark. Eric was a very dear friend of mine. We lived together in San Francisco along with our close friends, David and Annie and other wonderful folks. It was a great gang there on Macalester Street. Mostly cab drivers and late-night waitresses, all with crazy stories to tell each night during the kitchen gatherings at 2 am or so.
Eric had quit his job as a mechanical engineer in Berkeley to be a cab driver in San Francisco. He had such a love of life and all things alive. He was one of the most intelligent people I ever met. Always thinking hard, questioning. He had gotten into Marxism and dialectical materialism and such, and was quickly leaving me in the dust when it came to conversations about dialectics (a favorite topic of mine as well).

Me and Eric and a few other folks were out in the Mission District during the wee hours of May Day, 1993, when a gang of kids pulled up and blew Eric's head off with a shotgun. They had gotten all his money and had no reason to kill him, if there ever is such a thing. He was 24 years old. Beautiful inside and out, brilliant, so alive, so much potential.

It was Eric's death that got me into songwriting, essentially. I had dabbled in it before that, and had been involved in various activist circles as well. In a way nothing changed for me; my thinking, my life, my music more or less continued along some kind of similar trajectory, I suppose. But it was as if the world suddenly went from black & white to color, and so full of blood as well as beauty.

I know so many other people who have had similar awakenings, whether from growing up in southcentral Los Angeles or from visiting a war-torn country or whatever. I know that there are people reading this who haven't had such shocking experiences, and there are many who have. Regardless, I hope you will realize that you don't need to have such an experience for your views on the world to be legitimate.

"For those of us who knew him
We will now and then recall
And shed a tear on poverty
The tombstone of us all"
--Phil Ochs, from the song "Lou Marsh"

OK, next I'd like to do the acknowledgements thing. I always have such a hard time with this part. Maybe it's not really necessary; the songs take care of that part too, perhaps. It's an overwhelming task, thanking all those deserving of thanks (and so much more). It's out of the question to thank all the giants upon whose shoulders we stand, the great social movements and freedom fighters who have come and gone. But then, even on a completely personal level, I can't even fit in all the names of the folks all over the world who have set up gigs for me, organized conferences and protests that I've played at, put me up in their houses and cooked for me, and so on. I'd like to thank all of those people, and all the songwriters, activists and other folks who have been my inspiration. But there's no room in this insert, and to be honest, I don't even remember most of their names, though I have so much respect and admiration for every one of them.

So I guess that's why people usually limit themselves in these situations to thanking people who were directly involved with the recording in question. So first and foremost, I'd like to thank the amazing musicians who learned my songs and played with me on the concert at Club Passim on April 12th, 2000. Eric Royer, Sean Staples, Rob Laurens, Rich Caloggero, Gregor Harvey, Maria Nazzaro and Bonnie Rovics. I'd like to thank Stephen Friedman at Melville Park Studio for the excellent live recording and mixing jobs; Jon Sulkow at the Tape Complex for his work on the graphics and the poster for the concert; Club Passim, the Colombia Support Network, and the Lucy Parsons Center for getting people out there that night; my dad, Howard Rovics, for filming the event and taking pictures; my mom, Anne Chamberlain for all her ceaseless support, and I guess I'll leave it at that.

OK, so on to the songs and the CD itself. First of all, the CD should perhaps be called "Mostly Live at Club Passim," since Maria Nazzaro's gorgeous harmony vocals were actually done after everything else was recorded, in the studio. Other than her vocals, it was all recorded live.

Also, on the version of these liner notes that are on my website, you can click on the song titles below to read the lyrics to each song.

All the songs are written by David Rovics except "Hobo's Lullaby," which was written by Goebel Reeves. The phrase "pray for the dead and fight like hell for the living" came from labor organizer Mother Jones.

David Rovics
They bombed Philadelphia, killed women and children and men
It's an old story, we see it again and again
Shot into houses while people burned inside
So many have fought and so many good people have died
They murdered and put MOVE in prison -- now they're bringing more forces to bear
Are we gonna let them strap Mumia to the electric chair? Or...

Will we pray for the dead and fight like hell for the living
Stand up on our feet or die in slavery
Is there somebody here whose live is not worth giving?
Who's it gonna be if it isn't you and me?

They killed Crazy Horse, drove his people onto the reserve
Killed children and buffalo, some lower power to serve
The people starved and they died behind the impassable wall
In tipis and churches, even ghost dancers would fall
Now from Ecuador to Big Mountain, relocation is rearing it's head
Will we turn our backs or recall what the good woman said?

They poisoned the water, poisoned the air and the earth
Who here believes that the dollar is all that our planet is worth
They cut down the forests, cut down the mountains and anything else they could take
What a cynical greed to do business, knowing all life is at stake
Now as they destroy all that remains, who here will part with the last
Will we raise our voice to the madness -- rise up, lock down, stand fast?

From Manilla to Managua, how many have died in our names
From Santiago to Santo Domingo, it is a murderous game
From Baghdad to Belgrade, mass murder from ten thousand feet
But from Hanoi to Havana, there is talk of the tiger's defeat
Will we wait for the next time, to kill kids on some far-away shore
Or will we throw a wrench in the gears as we shout, "no mas, no more"